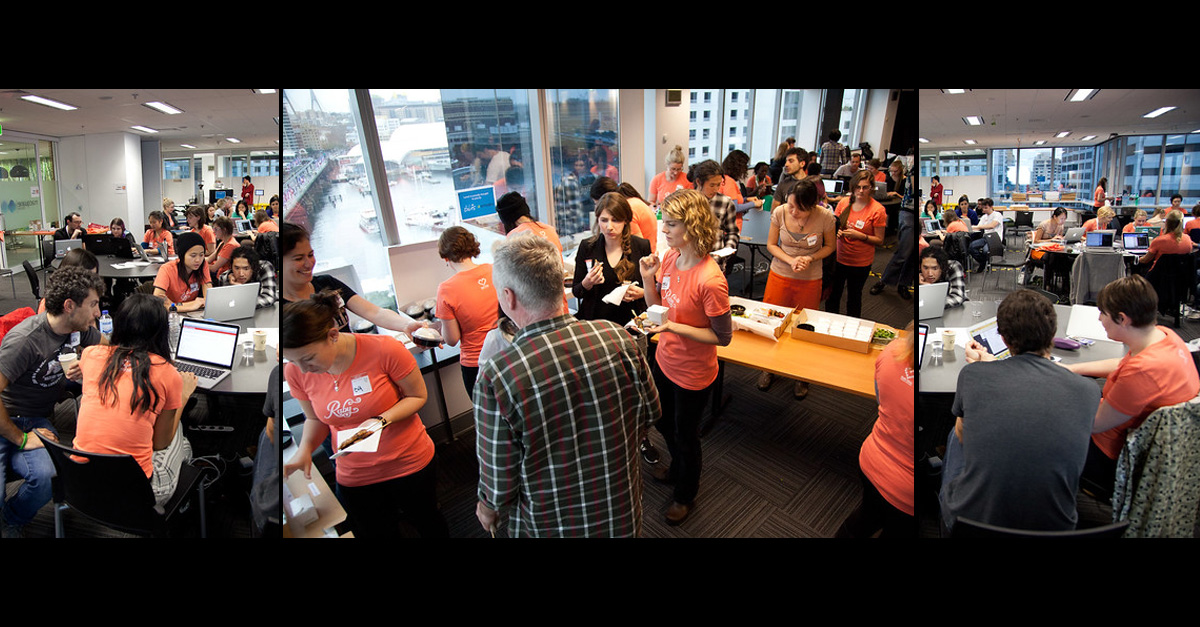 On Friday night 28th June and all day Saturday 29th June 2013, the first Rails Girls workshop was held in Sydney to teach women to program using Ruby on Rails, an open-source web-application framework.

The first event was a great success before it even started, with a staggering total of 97 women signing up. With only 35 places available for the initial event, we’re now gearing up for the next Rails Girls Sydney to cater for the women who missed out. It looks like the next event will be in September. Follow @railsgirlsau or #railsgirlssyd on twitter to look out for date and venue details.

A global non-profit organisation, Rails Girls provides free weekend workshops aimed at encouraging more females to consider a career in IT or build their great idea by teaching them how to code. Events around the globe are put on by local sponsors and volunteer technologists.

What went down at the first Rails Girls Sydney

Rails Girls Sydney provided the right environment for women to learn, connect with Rails experts and become motivated to continue coding. Most importantly, we gave them a structure and process for engaging with these experts in the future, as they need help.

On the Friday night, 35 girls and 17 volunteer coaches got to know each other over pizza and beer. We gave an overview of what we were going to do, played ice breaker games and installed all the relevant pieces of the puzzle such as Rails (development framework), Heroku (application hosting) and Sublime (text editor) on the girls’ laptops.

And most important, there was a tasty selection of food and good coffee to keep people alert throughout the day!

The event would not have been possible without the help of the Rails mentors. A lot of girls had tried coding before, but had always ran into issues, ‘giving up’ as they could not be resolved easily. Having the mentors there made sure the girls stayed motivated and removed success barriers as needed. A special thanks to the four volunteer coaches from DiUS: Fontini Karadimas, Luca Pistolesi, Steve Smithwick, Caolite Dunne.