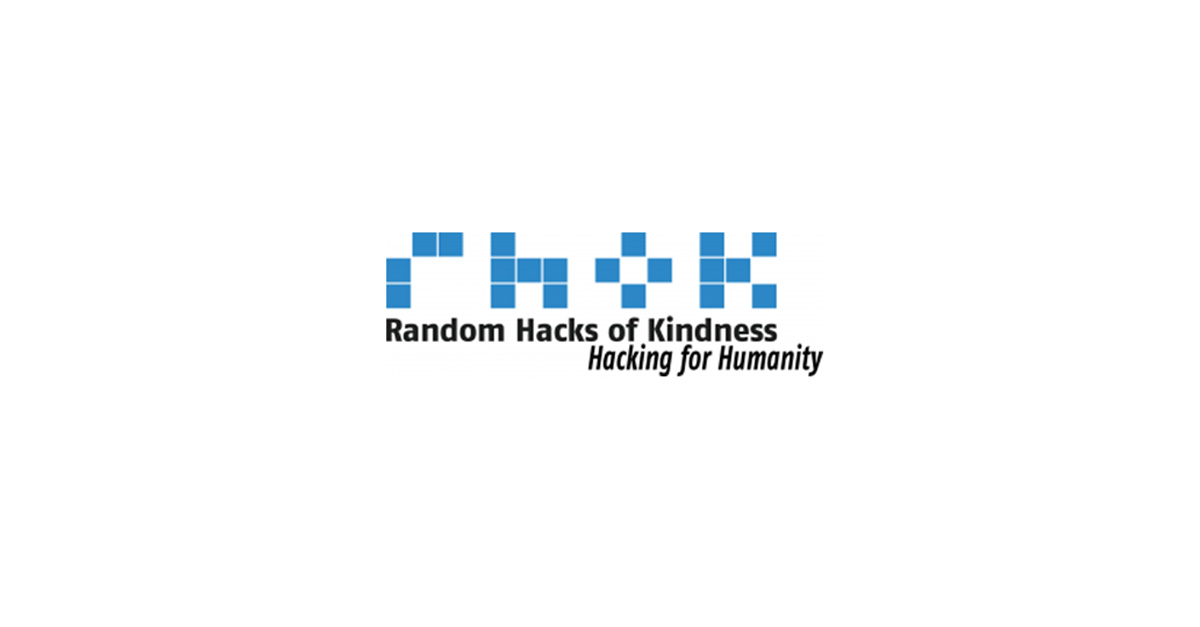 Volunteer programmers and designers invited to join Random Hacks of Kindness in Melbourne, Sydney and Brisbane on December 7 & 8

Media Release, Melbourne, December 3, 2013 —This weekend over 80 volunteer hacktivists in Sydney, Melbourne and Brisbane will join 40 other cities around the world in Random Hacks of Kindness (RHoK) – a two-day, global Hackathon aimed at developing practical technology solutions for natural disasters and similar community challenges.

Founded in 2009 by Google, NASA, the World Bank, Yahoo! and Microsoft in response to natural disasters such as Hurricane Katrina and the Boxing Day tsunami, RHoK has since grown to a 5,500-strong community of volunteer techies around the world and broadened its scope to tackle worldwide development and social challenges – with each city defining and addressing local issues for that community.

Australian RHoK-sters have joined with subject matter experts and local stakeholders to develop solutions for numerous issues at global RHoK hackathons at events in Sydney and Melbourne since 2011, and this weekend RHoK Brisbane will be joining for the first time.

One of the most recent RHoK successes is Resilience, a mobile application that makes it easy for community members to report, find, and resolve non-life-threatening issues following a natural disaster or extreme weather event.

Resilience got its start at the June 2012 RHoK weekend and was progressed at RHoK-‘n’-RHoll events, hack nights that are held by the RHoK community every 6 weeks to develop ideas that were conceived during the global weekend hackathons.

A demo version of the Resilience iPhone application was recently released to the Apple App Store for download and it’s available as an open-source contribution to communities wanting to use it.

Community and disaster response issues to be tackled at the Australian December RHoKs include:

The RHoK community is open to anybody who wants to volunteer their skills or suggest a problem to solve.  Interested volunteer programmers, designers and project managers are invited to get an idea of what goes on at a RHoK event by viewing this video of RHoK Melbourne or by following the group on Twitter: @RHoKmelbourne, @RHoKSydney, @RhokBrisbane.

The RHoK events are being held on December 7 and 8 at Swinburne University in Melbourne, Ninefold’s offices in Sydney and NetEngine’s offices in Brisbane. To sign-up for the events, register in advance at www.rhokmelbourne.org, http://rhoksydney.org/ or http://www.meetup.com/Rhok-Brisbane.

“We chose to join RHoK because we wanted to give back to the communities in which we live,” said Daryl Wilding-McBride, Chief Technology Officer, DiUS Computing. “Unexpectedly, we have also found value in the RHoK community itself. We have found opportunities to connect with like-minded people with varied skills and from diverse organisations. Sometimes those organisations are competitors in the commercial world, but with RHoK we are brought together to solve common problems.”

“RHoK Melbourne is a great example of how ICT is transforming the way we work, communicate, collaborate and connect with our communities and each other and we are excited to support it,” said Suzanne Campbell, CEO of the Australian Information Industry Association. “It is fantastic to see this program driving innovation to create stronger and more cohesive communities and we are very pleased to endorse this event.”

“Infosys has been participating in RHoK Melbourne since its inception,” said Jackie Korhonen, Australia & New Zealand Country Head for Infosys, a global company with Australian headquarters in Melbourne. “I salute all the people who work so hard throughout the week, and still find the time to donate their time and technology talents to build real solutions that can save lives in our community.