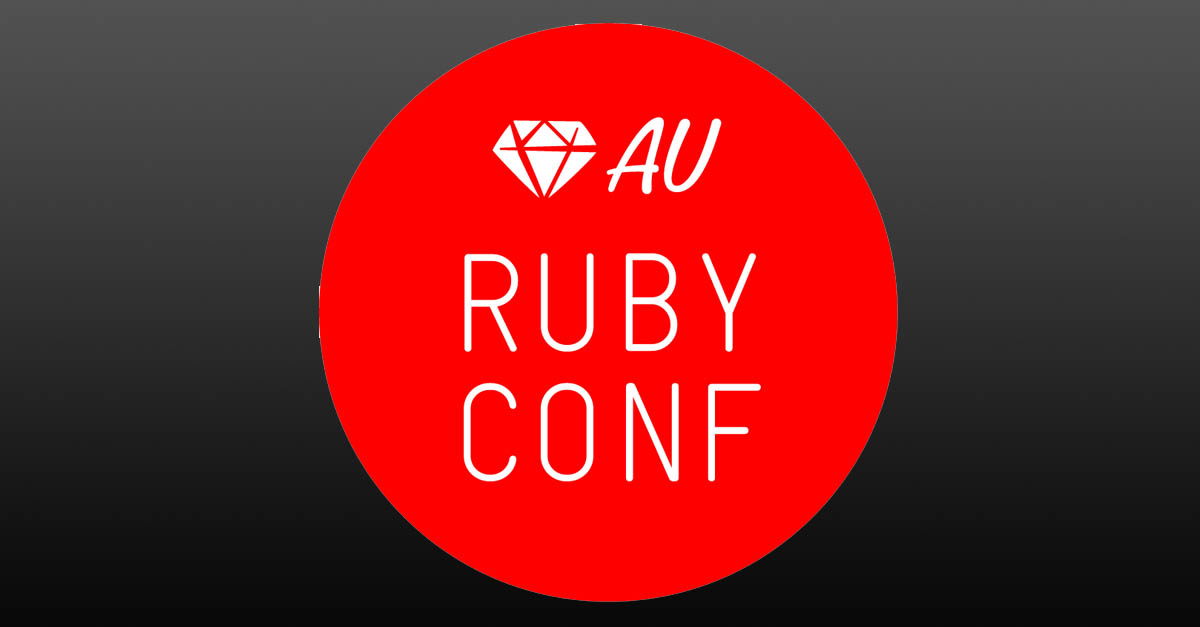 DiUS is pleased to be sponsoring RubyConf Australia 2014. The second Ruby Conference to be held in Australia is in Sydney on the 20th to 21st February 2014.

As well as being an Emerald Sponsor for RubyConf Australia, DiUS is also sending 15 of our Rubyists to gather with over 400 other Ruby developers from all over Australia and around the world for learning, talking and networking. See the full conference lineup for RubyConf on Lanyrd.

As long-time Ruby on Rails practitioners, we’re proud to be supporting RubyConf Australia again. In fact, DiUS first used Ruby version 1.0 way back in 2006 to develop an application for one of our clients and we have seen it grow from strength to strength in terms of its performance for high traffic transactional applications.

Ruby on Rails has become one of our core technology stacks; we’ve used it to deliver more than 40 projects for clients and last year 70% of our DiUS Developers wrote Ruby code. And we also chose it to power our Smart Energy Vehicle Charger, ChargeIQ.

We like Ruby for many reasons. One of the main ones is that it supports how we like to develop software. Developing in Ruby on Rails makes it much easier to focus on business value rather than coding configuration or glue, and offers fantastic developer productivity – DiUS developers new to Ruby say they learned Ruby faster than any other language. This means you can get a project up and running rapidly, ship features really quickly and use tight cycles of development and testing to get fast feedback, and ultimately deliver clean and maintainable code.

We also like the vibrancy of the Ruby community. There’s always a lot of healthy discussion and support around finding the best solution to problems and a few gems to choose from for every given situation.

Our Ruby on Rails experience has been shared in a DiUS Tech Recipe: a combination of components that we know work well together. Have a look at all the Tech Recipes we released as part of the DiUS 2014 Technology Report. And if you’re interested in hearing more about what we like about Ruby, watch our Tech Report Videos.

DiUS is also a supporter of Rails Girls, the global non-profit organisation that provides free weekend workshops to teach girls and women how to code using Ruby on Rails. DiUS has already sponsored and provided mentors for multiple Rails Girls events in Melbourne and Sydney.

We’re looking forward to all the new ideas raised at RubyConf Australia and we hope to see you there.