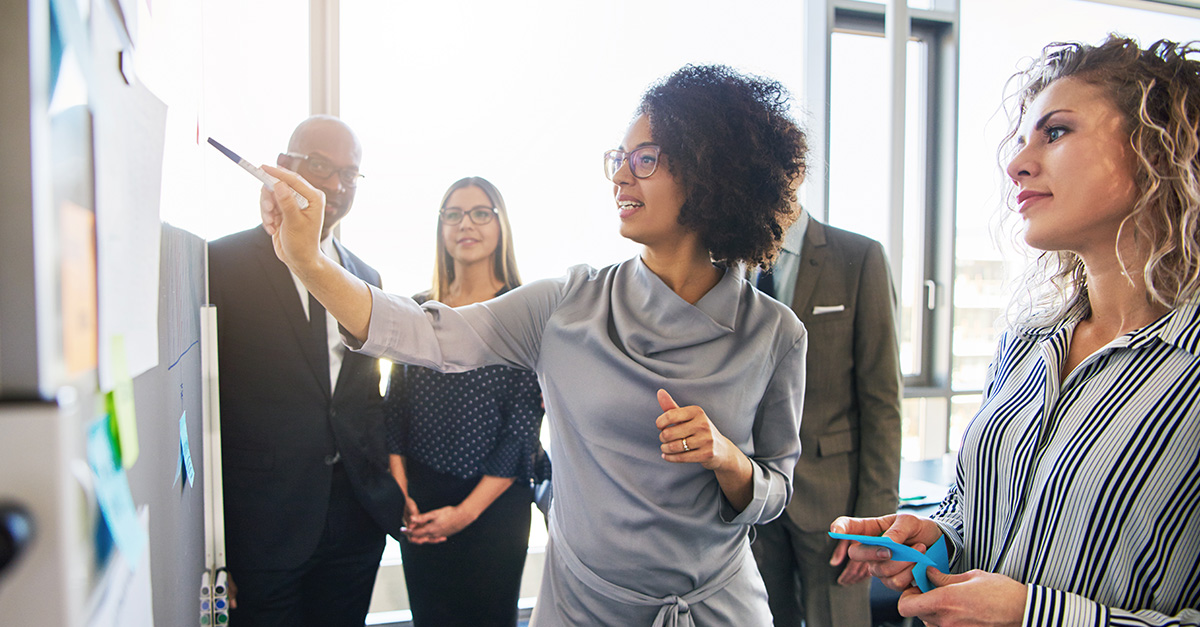 My first six months at DiUS: Turning inspiration into action

Reflecting upon my first six months of working at DiUS, there is one theme that stands out for me – inspiration.

I promise you it isn’t as trite as it sounds, let me explain.

Yes, there are all of the other things that come with working at a company that cares about the well-being of their employees – catered lunches every Tuesday, fruit boxes and a pantry stocked with snacks to keep you going throughout the day – however, it is what the people at DiUS have brought out in me that I feel most impressed by.

The more I get to know the team, the more I see that each one of them is enthusiastic and passionate about something (usually, a few things) and they are bursting to encourage you to share their love. Whether it be learning a new coding language or giving back to the community, running an ultramarathon or baking sweets – there is someone here who will inspire you to get involved.

Here are three examples of how I have been inspired to try something new and break out of my comfort zone – all because of the guys and girls at DiUS.

Inspiration One – Attending the Random Hacks of Kindness (RHoK) Hackathon

That is me on the top left, I was featured on the RHoK Melbourne Facebook page.

After just a month of starting here, I was introduced to the Random Hacks of Kindness (RHoK) story. Basically, RHoK started out as a joint initiative between Google, NASA, The World Bank and Yahoo!. The idea was to bring “subject matter experts” together with people who could use technology in different ways – coding, designing etc – to help solve problems that face humanity.

As the first regional partner of RHoK, DiUS was heavily involved in beginning of Australian RHoK journey and as such, quite a few of the DiUS guys (and girls) are fierce advocates of the cause.

One of them, Pete Cohen bailed me up one morning and encouraged me to get involved. I liked the idea and thought, what do I have to lose. I rounded up a couple of friends and committed to a morning at a RHoK Hackathon Weekend.

By the end of the (exhausting) weekend – yes, I stayed and “hacked” all weekend – I was so motivated and moved by the generosity of the people in our community; that I have since attended two more RHoK events, with plans to attend the next hackathon in December.

As a marketing professional I have always been interested in; the psychology of purchasing, the influence of colours, the way we present messages and how people then interact with those messages. Since starting work at DiUS I have realised a lot of these interests fall in the User Experience space.

Luckily for me, Amir Ansari is a passionate UX professional who facilitates a Special Interest Group (SIG) for anyone at DiUS who is interested in learning more about UX.

Each month a group of us meets up (physically and virtually) for a lunch hour to chat about all things User Experience. So far I have conducted and reported on two user interviews, learnt the process of conducting a focus group and seen first hand the process that happens before the engineers build.

Gaining an understanding of the complexities of UX has been a very rewarding experience so far, one which I am looking forward to exploring further.

Before I started at DiUS I couldn’t run 5kms without stopping for water or (extended) walking breaks. Now, thanks to the encouragement of my fellow DiUS runners, I have been running regularly, tracking my progress on Strava and I am registered for the 15km City to Sea race in Melbourne on the 16th of November.

This is how happy I will be when I finish my 15kms. Photo credit: Runners world

Instead of laughing or ignoring my shout out for tips, the DiUS running group on Yammer generously shared their best pointers. Paula Burton even taught me how to run whilst drinking water out of a plastic cup. Information which will now see me gracefully hydrating (huh!) whilst others are showered with water mid-race.

Elliott Murray has written about his journey to the 2014 New York Marathon and avid runner Ricky Yim has a running blog, which I have been (not so) secretly reading for extra tips.

Whatever your passion, there is something here for you.

My first six months at DiUS have been more than in at 9 out at 5. I don’t just walk into the office and stare at my computer, I have meaningful conversations with my colleagues about topics they are truly excited about.

At DiUS, we don’t just do work that matters, we also do our best to give back to the community and encourage others to follow their passions – whatever they might be.