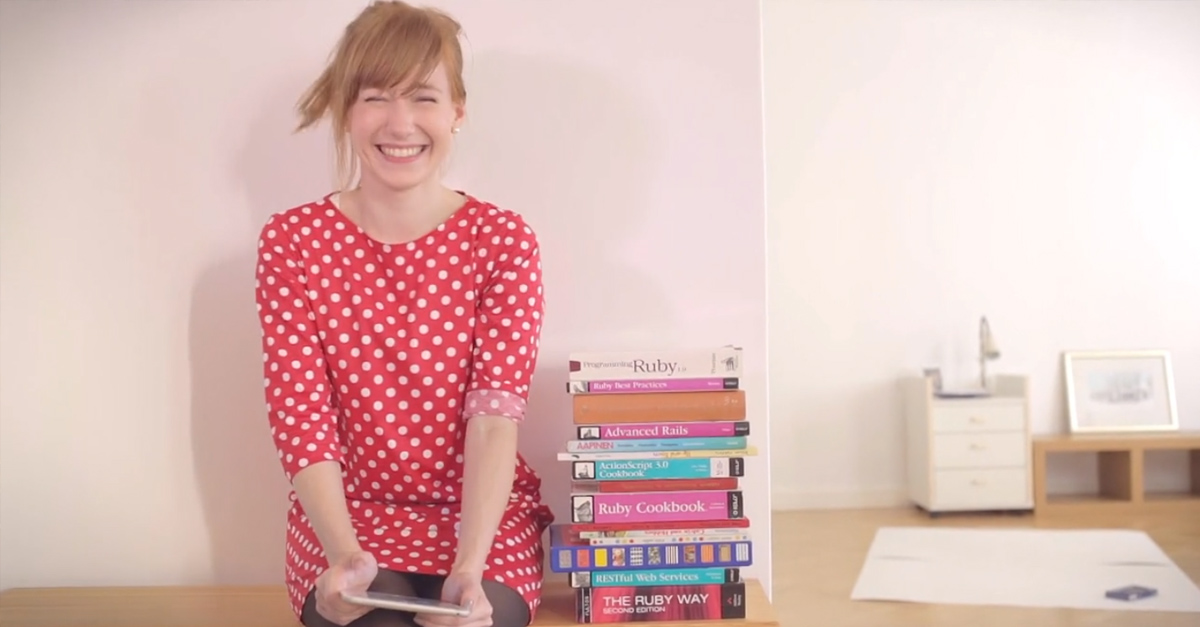 Principles of Play – Teaching children the world of computing

An astronaut discovering new planets, a policeman fighting crime, a doctor saving lives or a firefighter rescuing people from a burning building. As a child this is what my working profession was going to look like when I grew up. These ideas stemmed from television shows, talking to teachers at school and reading books. The world around me only acknowledged a handful of career paths and the path of being a programmer was not one of them…

Fast forward to RubyConf Australia 2015 and one of the international speakers there was Linda Liukas. She is the co-founder of RailsGirls, an extremely popular movement to get people around the world into web development. She is also the Digital Champion of her home country Finland, which means she actively promotes the development of digital skills and entrepreneurship of young people. However, the main reason why I was excited to hear her speak was the fact that she is currently writing and illustrating a book called “Hello Ruby.” She describes the book as a whimsical way to teach children about computers, technology and programming. It was crowd-funded via KickStarter.

Linda’s talk was titled Principles of play and she broke the notion of teaching kids the world of computing into three fundamental principles: playfulness, rules, and curiosity.

Playfulness is when the ordinary becomes extraordinary. Linda refers back to her own youth playing and exploring the internet. Adopting alter-egos in chat forums, creating web pages and learning how to set up servers. She goes on to say that mobile phones, mainframes and PCs all started out as toys. Playing with them is a way to break down the barrier of the fear of technology.

The principle of rules is related to imposing logic on something that is otherwise hard to understand. The realisation that big problems are really made up of a series of smaller problems. Solving the smaller ones will lead to the resolution of the bigger one. That is the essence of programming. Decomposing a program into smaller functions, classes and tests. Correctly assembling building blocks can lead to the creation of a program that initially seemed impossible to conceive.

Curiosity is the notion of exploring, finding hidden things and using your imagination. Ideas are initially scrappy and unrefined. Learning by doing and investing time in an idea can yield incredible results. Linda says that “the DNA of the Internet is humanity” and what starts off as a simple idea like RailsGirls can end up touching over 200,000 people. There is an inherent ability for computer applications to scale especially with the internet. A single line of code can touch thousands, millions even billions of people.

The intersection of these three principles is what Linda uses to educate children. It is what she uses in writing her book. It is what she uses to teach the world about the digital age. As a parent today, I want the world to embrace programming and computing from a young age. Children should not fear computers. It is part of society. A career in programming is a legitimate choice similar to being an astronaut, policeman or firefighter. People like Linda and her book “Hello Ruby” are working towards breaking these walls down.