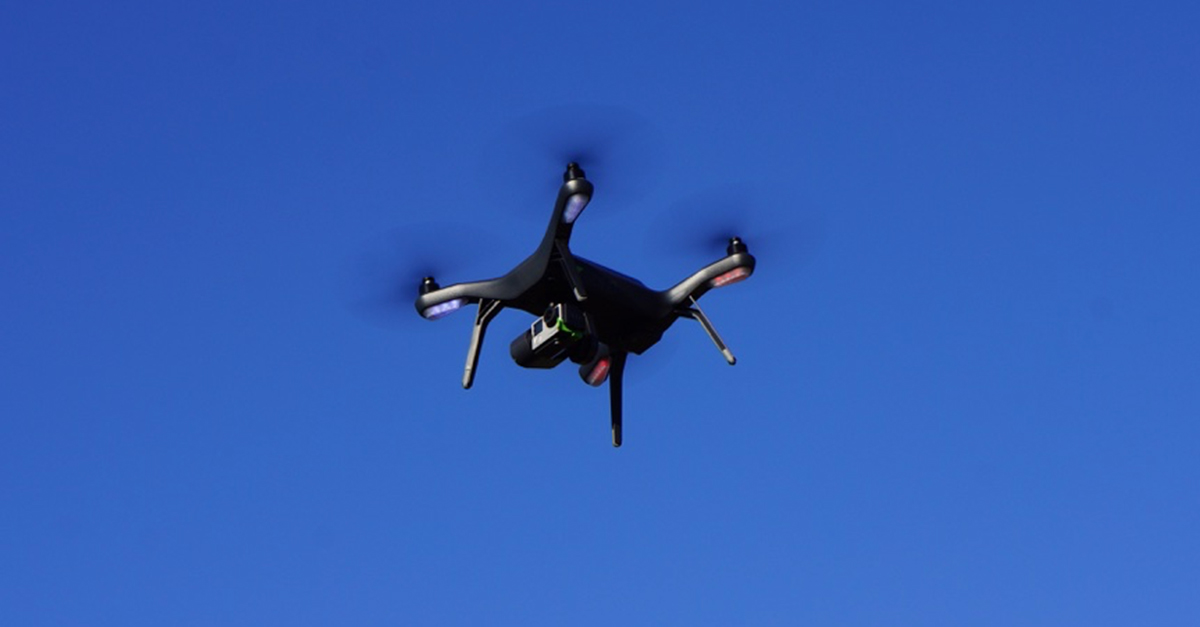 I suppose you could say that Flying Robot School was at least a decade in the making, born of concern about three related social issues:

Thirteen years ago, my wife and I moved with our two young children to a small town in country Victoria. Though we will certainly not qualify as “bonafide country people” for another 20 to 30 years, we have developed a strong affinity with country life – a love of the open spaces and greater respect for the people who work on the land.

Until recently, I was only vaguely aware of the differences in educational outcomes between city kids and country kids. In April 2014, the Victorian Auditor-General released a report titled Access to Education for Rural Students which highlighted that Year 12 students in rural Victoria are 20% less likely to continue to university.

The reasons cited were:

Exacerbating the higher cost of university for rural students is the elevated incidence of socio-economic disadvantage in rural areas. In the map below, sourced from Australian Bureau of Statistics data (Census of Population and Housing: Socio-Economic Indexes for Areas (SEIFA), Australia, 2011), a low score in the Index of Relative Socio-economic Disadvantage (IRSD) “indicates relatively greater disadvantage in general. For example, an area could have a low score if there are (among other things) many households with low income, many people with no qualifications, or many people in low-skill occupations.” In Victoria, the areas with least disadvantage are close to Melbourne while the areas with most disadvantage are more remote.

At the same time, from my perspective of working in the technology industry, I have become more concerned about the declining numbers of secondary school graduates enrolling in STEM courses (science, technology, engineering, and mathematics) at university level, and the under-representation of women in their midst.

A report from Universities Australia highlighted a number of concerns in relation to secondary education including: “Students need to be made aware of the career opportunities afforded to STEM graduates at an earlier age rather than just years 11 and 12″.

At some point, students decide whether STEM is something they want to do, or not. Research suggests that point is somewhere between school years 6 and 9, which appears to be supported by data released in the Victorian Auditor-General in 2012. The data shows a tragic decrease in enthusiasm for science and mathematics during those years.

“A recent report on secondary mathematics and science participation in the New South Wales school certificate notes that at secondary level, the participation of girls in at least one mathematics and one science subject after year 10 has been dwindling since 2001 (Mack & Walsh, 2013). The proportion of girls who elect to study no mathematics whatsoever after year 10 has tripled from 7.5 per cent in 2001 to 21.5 per cent in 2011. The corresponding proportion of boys also tripled but from a much lower base level, from 3.1 per cent to 9.8 per cent.”

Female participation in the computer sciences and engineering is far below their proportion of the overall population and well below the OECD average.

As the report puts it, “women are seen as an under-utilised resource with the potential to boost the labour force in this sector and provide a larger talent pool from which to source the best and brightest.”

Together, these trends have raised questions about how we will be able to deal with the significant challenges facing Australia in the coming decades – water, carbon emissions, more efficient food production, renewable energy – and whether we could adequately do so without diversity in the workforce.

The third stream into the confluence was my interest in autonomous flying robots, kindled by our family entry in the Outback Challenge (our entry was unfortunately, unsuccessful – this time), and their application to precision agriculture. I had spent the previous year of evenings and weekends learning how to build them from scratch, and I was excited by their enormous potential. I started to think about how to combine this knowledge with wanting to play a part in addressing the two previous problems.

The idea of Flying Robot School was born. The objective was to encourage students in rural areas to consider a career in technology or engineering by teaching them how to build flying robots.

I knew I’d need help to get it going. I was very glad to have the enthusiastic support of my co-conspirator on flying robots at DiUS, Pete Cohen, possessor of a strong social conscience and an eternally positive can-do attitude. My wife Jasley – a teacher at a local secondary school – brought her years of classroom teaching experience to remind us when in front of a class to define terms, draw diagrams and offer lolly snakes in the afternoon break, and a shared concern for the problems we were trying to solve.

So what is a “Flying Robot School”?

We defined Flying Robot School as a Saturday event where we would teach a small group of students from years 8-11 how to build an autonomous flying robot sophisticated enough to support a broad range of experiments and tinkering beyond the day itself.

It was important to us that there are no barriers to participation, so we made the event free to the students and the school. So that travel distance isn’t a barrier, we hold the event at the school.

We set out to help students learn the theory of flying robots, and how to build and fly them, to create technology and not just consume it, to think about a career in science or engineering, and to have fun.

One of the students trying out a flying robot

The curriculum we outlined to achieve the objectives and fit into a day included:

We were extremely fortunate to gain funding from DiUS for the first event at Kyneton Secondary College. The school principal Mark Ridgeway and engineering teacher Craig Dudley were early enthusiastic backers of the idea.

Pete and I with some of the students from the day

It’s a small step on a big worthwhile journey, and it’s a huge amount of fun.