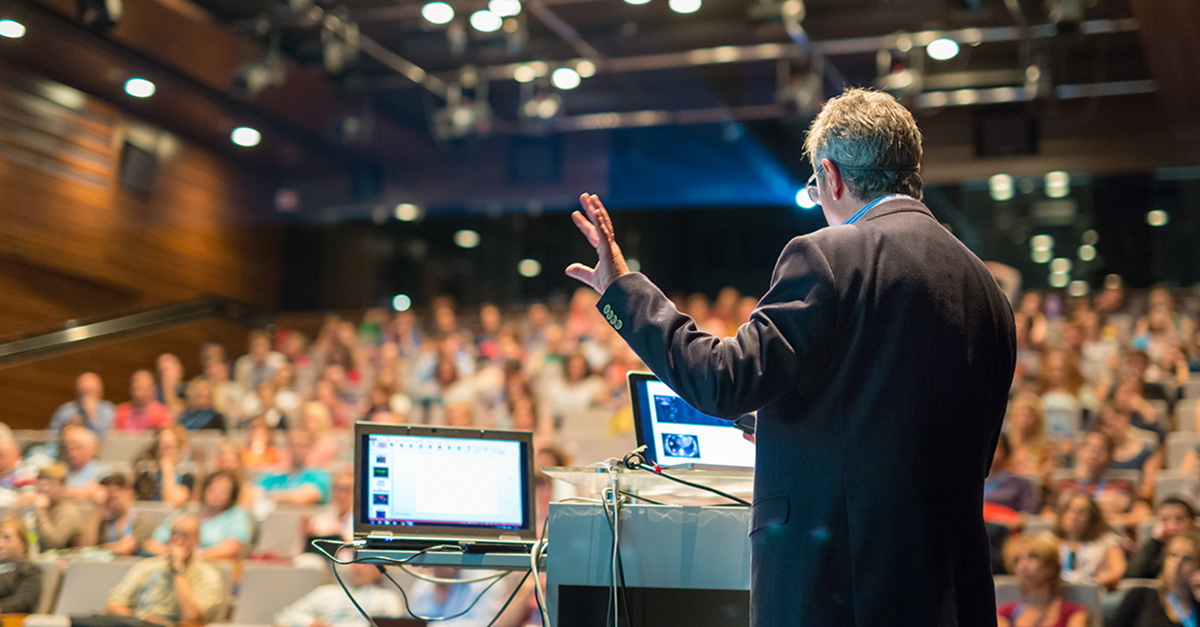 State of Origin came early this year at Hordern Pavilion with the AWS Summit. For DiUS it’s where we learn, present and mingle with clients past, present and future. Despite some heavy rain floating in and bringing nature’s own version of the Cloud, this year was no different. A strong turnout braved the conditions to make this one of the must attend events of the geek calendar. The big themes this year were Enterprise Cloud and Big Data, with a few amuse bouches of Lambda and Docker for good measure. And for football fans a special guest appearance from Cam Smith of Melbourne Storm fame. Well sort of.

I’m currently based at Qantas and the significance of their move to AWS was reflected in their CTO, Chris Taylor being one of the speakers at the Keynote. The idea of Enterprise and the Cloud has become the norm. Chris wants a high automation, Microservices architecture and he wants it now. Such is the scale of Qantas, this was duly reported in various press outlets. No pressure there then.

My personal learning at this summit was in the Big Data space with a couple of memorable talks. First was ‘Big Data and Analytics’ by Amazon’s Russell Nash. My understanding of this subject could be at best called ‘Little Data.’ But I was treated to a fascinating walkthrough of the ingest, storage, processing and analysis of a data loop. And then how AWS could help achieve these goals. What the heck is Kinesis anyway? Should you use Redshift, HBase and or S3 as your data warehouse? Mahout or AWS’s new Machine Learning Service? Want to know what Amazon MapReduce can do for you? It was all there. I must admit some of the buzzwords were a little daunting for me but I felt by the end of it I’d moved onto ‘not quite so insignificant data.’

Drinking from the fire hose: the jump to real-time analytics

Following on from this was an applied use case of Big Data. DiUS’s very own Cam Smith presented on the work he was undertaking in partnership with Vix Technologies to bring real-time analytics to football. There was some beautiful irony that the use case for this was Melbourne Storm, who are captained by his namesake. He walked through how they plan to use technologies like Kinesis and Redshift to capture data about the whole fan match day experience; from the time a fan leaves home, boards a train, passes through the turnstiles, to when they take a seat in the stadium – and then using this data to provide fascinating insights for clubs. It was a great application of these technologies for a real outcome. Even our UX department scored a winning ‘try’ representing those insights with some awesome stadium visuals! But the biggest takeaway for me was Cam has my dream job – he tells people where to get a beer after their team has scored. If he wasn’t so utterly likeable, I could really hate him.

The next session I attended was called AWS Blackbelt Ninja Dojo presented by AWS’s Dean Samuels. It started with the intricacies of maximising your IOPs performance on the recently enlarged EBS volumes. As ever, Amazon isn’t scared to show you how to increase your return and reduce your costs. They demonstrated how to maximise your capacity or latency while sticking to your budget.

Next up was a very clever application of Lambda. Lambda allows you to run code based on certain events; it will only consume resources for the duration of that event. Dean detailed a solution whereby uploading a config file to an S3 bucket would then trigger Lambda to rebuild a CloudFormation script. By only exposing permissions to an S3 bucket we can allow developers to manage their own environments. Very elegant. Lambda really does have the potential to reshape the way we think about software and is one to watch.

The breadth of people that this summit attracts never disappoints. Overall, 2015 was (despite the weather’s best efforts) a great day to be in the Cloud.