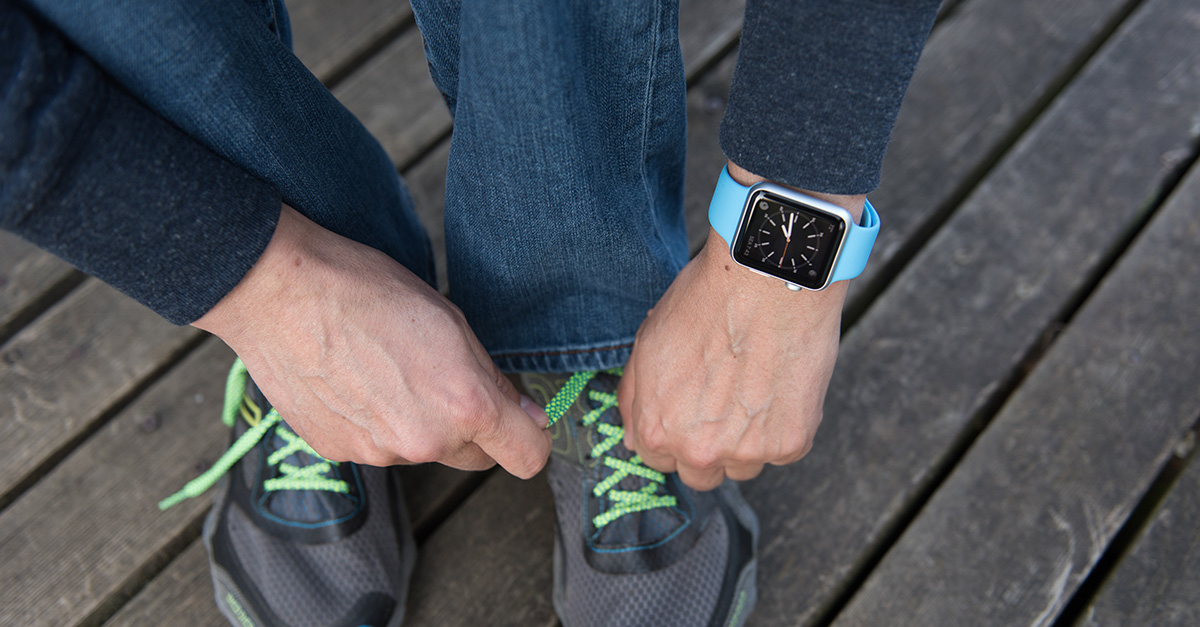 The first 24 hours with my Apple Watch

The world has never been as connected digitally as it is today. Smartphones, tablets and laptops allow people to chat and interact with each other constantly. There is never an idle moment. Peak hour trains are filled with people glued to their digital devices. Smartwatches are the latest class of digital device and possibly the most intimate of them all. The Apple Watch is the latest entrant into the crowded smartwatch market. After the Pebble and Garmin Vivoactive this is the 3rd smartwatch I’ve tried. This article follows my first day wearing my Apple Watch.

Fundamentally, the Apple Watch is an extension of the iPhone. Notifications are the bread and butter of smartwatches. Within an hour of strapping on the watch, I had over a dozen notifications from messages, email, facebook, snapchat and twitter. What is immediately obvious is that looking at your wrist is way more convenient than taking out and fiddling with your phone. But it also means that you will be inundated with notifications.

The main difference here is that you can actually respond to notifications. With other smart watches, notifications are generally unidirectional or read-only. With the Apple Watch, you can use pre-canned texts, scary looking animated emojis or voice dictation to respond.

Oh so that’s what Pac-Man is doing nowadays

The maps app directing me to Messina Gelato

I walked from my office to Central with the help of the maps app. This involved looking up directions on my wrist. The watch used haptic feedback to tell me when to turn. 12 taps to turn right. 3 pairs of 2 taps to turn left. And a vibration when I arrived. I had flashbacks of one of my favourite Simpsons episodes, “Curse of the Flying Fish” where Abe tells Bart to tug on the rope 63 times if he’s out of air and 64 if he’s got the treasure.

Most apps feel like mini versions of their smartphone big brother counterparts. They do not feel like they’ve been built specifically for the watch. I guess part of this is due to the fact that watch apps are merely companion apps at the moment. That is, they rely on there being an iPhone version installed first.

Funnily enough apps themselves for the iPhone were “the killer app.” They stretched the limits of what people thought was possible. I believe this will be ultimately true for the Apple Watch too.

After my epic walk I made my way back to the office via the train. I used TripView which showed me with its “glance” screen when the next train was departing.

Glances are single screens that show small tidbits of information. They are quickly accessible from the watchface. However blink and you’ll miss the screen. These glances are really just there for well glancing.

The Apple Watch feels very underpowered at times. As the device only wakes up when you raise your wrist, there are often delays until something appears on the screen. This is compounded by the fact that sometimes information is required from your phone, like location services. I often encountered spinners and blank screens.

After spending a while working away at my desk, the watch transformed into Mr Personal Trainer and told me to stand up. The watch can track when you move, exercise and stand. And being a watch, it’s always attached to you, so it knows. It does have an optical heart rate monitor as well and this is the main difference with the Pebble and Garmin. This can tell you how hard you’re actually working out via the in built Workout app. It does integrate with online fitness platforms like Strava and Runkeeper.

The workout app showing how fast I used to be…

The digital crown on the right!

After a day’s worth of usage, I had about 30% of power left. This meant I needed to charge it or I wouldn’t be able to use it the next day. Another consequence of this is that unlike the Garmin vivoactive, you won’t be able to wear it at night and perform any sleep tracking.

The Apple Watch is definitely the most sophisticated smartwatch I’ve used. It is faster and more subtle to check your wrist than grabbing your phone out of your pocket. It feels like a platform with a lot of potential but nothing is fully exploiting it yet. It certainly has some noticeable shortcomings, like performance and battery life, which should improve with the next iteration of the product. In saying that, I will be wearing it until then. Buzz buzz buzz another unimportant email has come in on my watch…