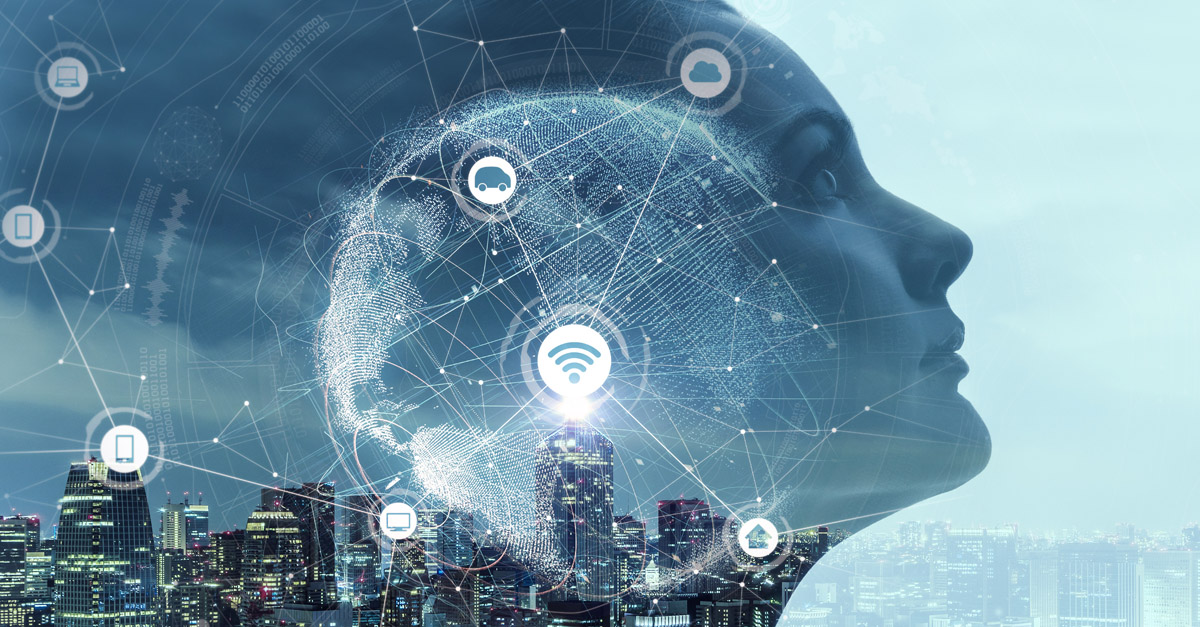 Predictions of a User Experience Designer

I find it almost inconceivable to think that it was less than 200 years ago, that Ada Lovelace wrote the first instructions that would lead the way to the first computer program. It’s mind boggling to think how far humanity has come and my mind wonders in hungry awe at where we are heading. Part of me wishes for eternal life so that I can stay and watch, but unless I take part in some Transhumanistic experiment, I fear that I’m just going to have to miss out!

As I enter the twenty first year of my career as a designer, I’m beginning to ponder and hypothesise about what’s next for design? What new skills will I need to learn? And what kind of challenges will I have to work on?

When I designed my first website back in 1996, I never imagined that my role would be as complex as it is today. Designers nowadays have a lot more responsibility and power. It’s no longer about focusing on aesthetics to visually communicate a message. It now involves combining social sciences, psychology, business and technology to unravel complex problems. It also involves systemic thinking, foresight, research, pragmatism, networking, ingenuity and creativity.

My brain is filled with excitement at what the future holds, so I’ve put together a list of predictions of where I think user experience design is heading. The list that I’ve collated is by no means scientifically researched, I have not analysed trends, facts or figures. Unfortunately, I was never endowed with even the slightest sprinkling of mathematical genius.

What I have jotted in this article is simply a personal forecast which I’ve conjured up over the years. By reading books, articles and blogs that twitter, pocket and medium feed me on a daily basis. By also watching way too many sci-fi movies and tv shows, and by the things that I’ve been exposed to throughout my career and especially at DiUS.

Investment in designing for social impact has become a greater priority over the last few years. Companies are finally starting to become aware that these problems need dedicated teams and realistic budgets if they have a chance to get solved properly. Governments worldwide are now working with the private sector to solve problems collaboratively with community groups.

The increased value and investment in human centered design has had a great impact in making this possible, because we finally have the tools and mental mindset to help move/take the big decisions out of the boardroom and into communities, where we can identify the origin of the problems and work collaboratively and iteratively to alleviate the issues at a grass roots level.

Alastair Somerville awakened me into the world of sensory design at a workshop that he ran in Sydney last year. Since then I’ve become increasingly aware at just how one dimensional my experience with most digital products and services is. There are over 9+ senses that designers can tap into through their designs, yet sight and hearing get most of the attention.

New areas of design such as robotics, artificial intelligence, virtual reality and smart devices are encouraging designers to consider the other ‘neglected’ senses such as kinesthesia, thermoception and chronoception.

Designs that are more focused into tapping into emotional aspects of experiences will also be explored further as brands try to connect with consumers at a deeper level. As well, I predict a greater focus on designing experiences that are more inclusive for people with physical and cognitive impairments; an area which I still see slipping through the cracks and which deserves so much more attention.

3. Machine learning that gets to know you at a deeper level

Over the last 12 months I’ve been trying to formulate an educated perspective into the world of artificial intelligence. Like many, my initial response was fraught with doomsday thoughts based on watching way too many transhumanist themed films like terminator. However since discovering Nick Bostrom’s work and John Brockman’s book ‘What to think about machines that think’ I’ve been formulating a more optimistic outlook.

Machine learning in my opinion is now in the toddler stage. But already it’s starting to make its parents very proud by how far it’s come. I remember way back when I was at uni reading Negroponte’s  ‘Being Digital’, a particular paragraph in his book has stayed with me all this time, in which he describes a future where the information and news will be tailored for your tastes so you don’t have to be exposed to things that you have no interest in. For example, if like me, you have no interest whatsoever in sports, you’ll never have to swipe past a sports related story ever again.

Whilst there are some negatives to living within this isolated media bubble, there are also benefits in simplifying our information-overloaded existence.  I’m hoping that one of the simple ways in which we could use machine learning, is to allow computers to really understand us as unique individuals, so that our digital experiences are truly personalised and tailored not for user segments but for me and me alone.

Imagine turning on Netflix and seeing recommendations that you actually want to watch based on your mood and being able to have your own personalised AI Bot who you can chat to about all sort of topics that your brain hungers for. A private tutor of sorts that can support your learning needs and customises its lessons or conversational topics as it learns more about you. The possibilities are endless as well as mind-boggling.

It’s a known fact that humans by nature are inherently lazy, so it’s not surprising that technology is having a massive impact on the automation of a vast array of processes and products across just about every industry imaginable. Computer-aided manufacturing, numerical controlled machines and industrial automation have already aided humans to improve productivity, by performing tasks that are dangerous or repetitive.

Design plays a multifaceted role in the area of automation; it covers aspects of industrial design but also in systems thinking design and usage flows. There is also a larger part which I’m not sure has been tapped into yet. Designing a way in which to help people find their true calling in life, which is based on their interests and skills. Developing a new curriculum in the education space which focuses on providing people with richer lives based on personal attributes instead of test scores so that instead of complaining about robots stealing jobs, we are relieved that they are taking away the boring and meaningless tasks that don’t make people happy in the first place.

Eating with compassion, whether it be towards animals or our earth is becoming increasingly prevalent. There are more vegetarians and vegans now on earth than there ever have been. According to Roy Morgan Research, the number of vegetarians from 2012 and 2016 has increased from 9.7% of the population to 11.2% and the conversion is growing. Not all transitions to a meat free diet are based on compassion eating, however there is a significant shift towards being more ethical in what we choose to put in our bodies.

Many thought leaders in this space have inspired a great many to change their eating habits, one of those being Peter Singer; the founder of the animal liberation movement, and also Michael Pollan who has explored the natural cycles of farming in order to influence modern agribusiness and factory farming.

However, whilst people are still swayed by their natural instinct to crave meat, at least now consumers have more transparency around where their foods actually came from and how it was farmed. Choices around organic and free range have given consumers power to choose with their wallets and influence the marketplace to provide a greater number of options for ethical buyers.

Branding design and packaging has a lot of power in this space to both educate consumers and influence them. There are now heavier regulations against greenwashing so that consumers aren’t misled by ‘trendy’ terms like organic, eco and natural. Every touchpoint of a product’s identity has to be intentionally designed in order to provide consistency across all channels, especially the ones in which consumers can affect other people’s opinions such as social media channels.

The question that I’ve been mulling over is… will synthetic foods or Lab foods disrupt food consumption and creation as we know it?  Indoor farms in Japan are already proving to be 100% more productive per square foot than a traditional farm and also uses 40% less power and 99% less water. Impossible foods in the US has created synthetic burger meat which apparently sizzles, chars and oozes blood just like a real burger. Watch this space!

Virtual reality technology seems to be taking a very long time to make its mark, but perhaps now with the advent of affordable VR devices we’ll begin to see what it’s truly capable of.

What really excites me about VR is not the potential of it within the gaming and entertainment sector, but for its potential within the healthcare space. In particular its potential to enhance people’s lives; for people who are physically incapacitated due to a disability or old age, as well those using Virtual Reality Therapy (VRT) to treat psychological disorders within the mental health space.

Imagine giving a disabled person the ability to virtually walk around an art gallery across the other side of the world or hike up the Inca trail to Machu Picchu or reach the heights of Mount Everest. VR has the potential to enhance the ageing population. Imagine enabling a 90 year old who is no longer fit enough to travel, the opportunity to take a virtual holiday from the comfort of their recliner. This is where I hope VR will also take humanity.

Check out Part Two: Predictions of a User Experience Designer.