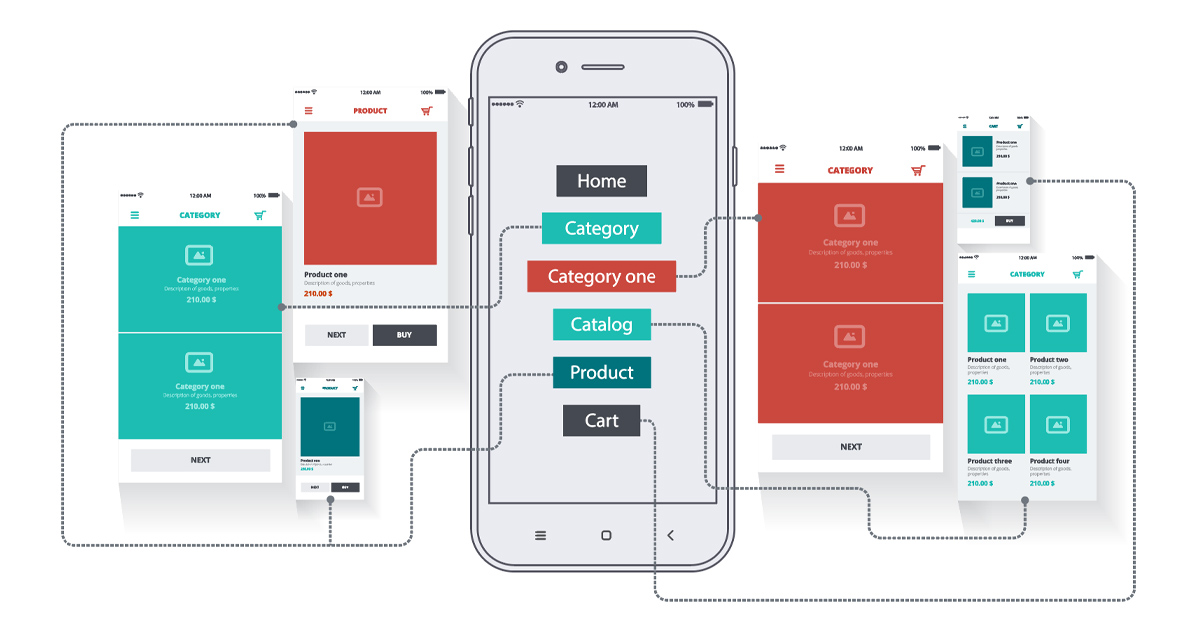 This is part two of an article in which I explore 12 predictions that will affect and change the role of designers. In part one I discussed :

Here are the remaining 6 predictions which I have explored…

7. Simplification of the design

Too much to do, never enough time, too busy, not enough sleep, hectic schedules, endless to-do lists, want more things, buy more, spend more which all leads to too much stress and too much stuff! It’s no wonder we’re all looking for the magic bullet to simplify our lives.

Since information-overload reared its stressful, ugly head back in the 90’s people in the western world have been craving a simpler life. It’s been a marketing success that has transformed brands and which has tamed some of the complexity in our lives.

Lifestyles have been transformed by Marie Kondo’s decluttering methods. Mindfulness has calmed our busy brains. Apple has influenced a multitude of brands and consumers to appreciate simple and clean design. And Gov.uk has awakened archaic gov departments worldwide to focus on designing for the people by simplifying the myriad of services that they provide to people from all walks of life.

Consumers will drive the simplification of products and services with their wallets and voices via social media, because they are becoming increasingly aware of what bad design is and their tolerance levels are diminishing. This will mean that service design itself will become more intentionally designed by the majority of brands instead of the minority of brands. Designing great experiences and simplifying processes will be demanded by consumers in search of simpler lives.

8. Holistic design at every touchpoint

There is no doubt that the digital revolution has had an enormous impact on the whole world, it’s enabled a level of connectivity that no one could have predicted. Businesses now have the potential to reach larger audiences however this means that they have to be more mindful across every facet of their business.

The touch points that connect with their consumers now have connectors via digital and non-digital channels. The end product itself is not the only offering that consumers are after. Consumers expect an experience. They also want details and information about things like whether the product was made ethically. Above all, they want to connect with brands on an emotive level that enhances their identity and enriches their existence.

As a result, this puts a lot of pressure on brands to deliver excellence through the entire customer journey. A journey that commences at pre sales in which brands are compared, researched and talked about with peers. The journey then continues through the actual purchasing journey, weaving its way through experiencing and using the actual product or service. It travels through to the post journey and for some brands also offers an off-boarding experience. Every single touchpoint that connects with people should be consistent across digital and non-digital platform in order to provide customers with a holistic branded experience.

This increased pressure to deliver holistic experiences has created a higher demand across the various disciplines that design encompasses with a particular focus on service design. CX and UX teams will need to break down the silos and work together to consider the full holistic experience together in order to create a seamless journey through every single touchpoint.

Ever since I watched the sci-fi series Caprica I’ve been fascinated by the creation of the virtual self. For those who aren’t familiar with the TV show, it’s set 58 years before BattleStar Galactica, and one of the subplots involves a bereaved father who inserts a virtual avatar of his daughter into a meta-cognitive robot.

This virtual avatar was created by scraping all the digital data that he had of his daughter’s online presence. If you want to know what happens you’ll have to watch it for yourself, anyhow as you can imagine this has prompted me to think about how digital technology is inadvertently creating our digital personas. Personas who are being tracked with every mouse click, tracked by the GPS facility in our phones, purchases online and via credit cards, loyalty programs, fitness and health trackers, social media and the uploading of thousands of photographs to the cloud every year is formulating quite a rich persona of you. Data is constantly being collected.

Even my dad who has never used a computer and does not have a credit card has a virtual self. An identity which has been created by his interactions with the taxation office, banking, insurance, health and government services.

Putting aside all the big brother notions which can be a little alarming, the creation of a virtual self is fascinating. What could we do with this persona? How long will it still exist after we physically leave this earth? What can we as designers do with all this data? Can these virtual beings be used to help us in creating better experiences?

I think that if we combine big data, machine learning, artificial intelligence and the creation of personalised holistic experiences something really exciting could evolve.

So what’s holding back the remaining internet-less people in the world? Various reasons including government regulations, access to remote rural areas and of course cost.

Various initiatives have increased digital connectedness in the past including the One laptop per child program that Nicholas Negroponte rolled out in 2005 to children living in remote rural areas and third world nations.

However, if the aim is to connect everyone in the world to the web, mobiles are the answer. Or at least a hybrid mobile/tablet gadget.  Mobile phones have actually had a greater impact on connecting more and more people due to the lower cost, portability and high level  of learnability compared to a computer. If we look at the stats collected by Cisco’s forecast update, mobile data traffic growth grew by 63% in 2016.

The goal for designers will be to keep involving users in the design process, so that connecting is easy, cost effective, delightful and meaningful.

A few years back when my daughter was in year 4, she came home one day and started talking about De Bonos six hats. I was taken aback because I never would have imagined that De Bono methods would be used by nine year old children. A little while later I also discovered that some of the teachers were using design thinking methods in the classroom.

Even though I was happy to hear that children were now being exposed to non-traditional ways of thinking, I’m still disappointed to see that we are still stuck within the confines of assessing children based on test scores.

I understand that there is a need to quantify results as a way to organise people into groupings which allows systems to classify what career direction they might head towards, nonetheless there are many young people who are disadvantaged by this discriminatory system.

I believe that we need a system that helps guide children from an early age into career paths that are based on skills that they are good at and like to do. There is potential for the private sector to work closely with education departments to develop programs that could form part of the curriculum, in order to formulate a variety of options for children to experience. Programs that can decipher the things that the child is good at and which appeal to them. Rather than studying subjects that for most are irrelevant, like physics and italian, students would be exposed to a variety of relevant subjects that receive just as much academic recognition.

At DiUS we’ve been involved in various initiatives to increase interest in STEM. We’re involved in teaching children to code through the Code Club program in Melbourne and recently we facilitated a Design Thinking Hackday for primary school children in our Sydney office.

The hackday provided the children with the opportunity, to visit a ‘real’ workplace for the day and to take part in a design sprint which exposed them to new problem solving techniques and which also allowed them to meet people who work in careers that most had never heard of.

I see opportunities for the private sector to work with educational bodies, in order to help influence the reformation of the educational system which still measures childrens intellect with test scores. There is potential to expose young minds to the diverse and interesting careers in STEM, and expose them to creative methods of thinking and problem solving that will help us unravel the challenges of the future.

12. Wearable tech on the inside

The techno-junky in me likes wearables a lot. I was an early adopter of the fitness trackers, and I often dream up ideas like creating a fun wearable that my children can wear in order to give me peace of mind every afternoon as they walk home from school, and a smart dog collar that can give me an insight into what my dog is thinking.

So now that wearables have become pretty mainstream and continue to evolve further, the next phase is the exploration of wearing tech on the inside. The possibilities are endless, but if we focus on health alone you can imagine that many would be keen on monitoring illnesses, predicting cancer earlier as well as brain enhancing technology which can aid mental health patients and also enable the human brain to reach higher levels of potential.

It all sounds very futuristic and perhaps a little speculative, however if we think back on how we’ve progressed over time from peg legs and glass eyes to robotic prosthesis, hip and knee replacements, pacemakers and more, then really future innovations involving embedded technology seem like a natural progression.

As designers, we’ll need to consider the barriers of actually implanting these tech bits into bodies and explore how to design for zero UI. We’ll have to consider how the data is presented to the user or communicated to health care professionals, how the data is stored, what’s done with it and the actual experience of adopting tech on the inside.

This concludes the two part article, in which I predict some of the challenges and interesting areas in which designers might venture in the near future. If you have any thoughts or projects that you’d like to discuss with me feel free to tweet me or get in touch with DiUS.