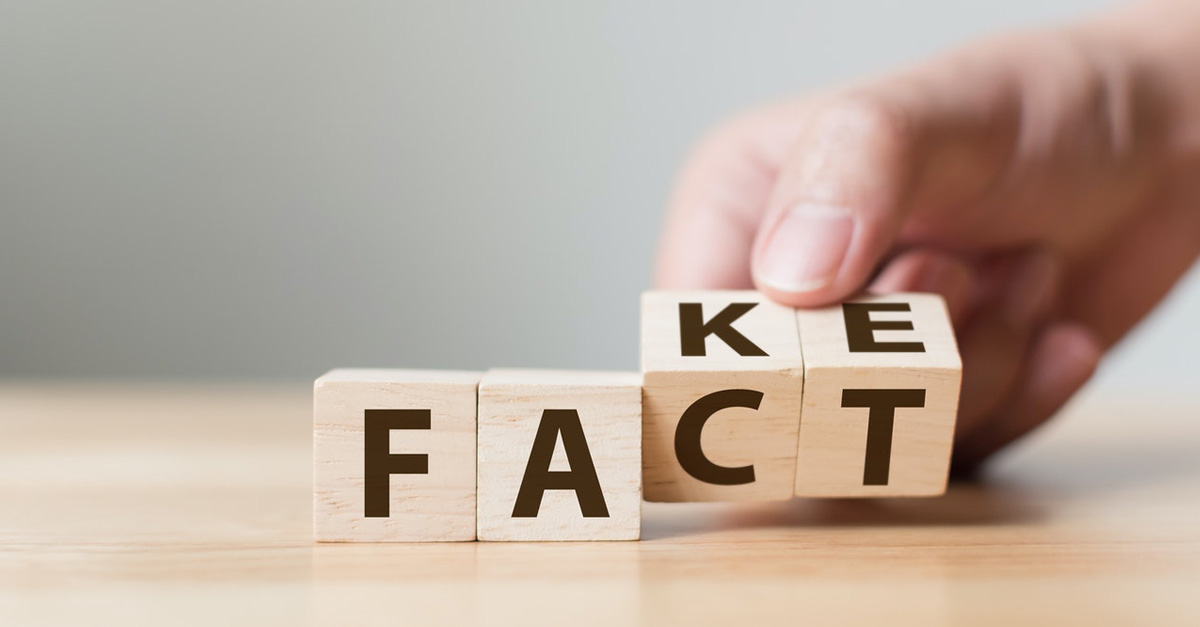 Down the rabbit hole: Design in a world where things aren’t quite what they seem

You may have heard the somewhat alarming term ‘post-truth era’ in the headlines recently, and along with it the uprising of fake news. So, where did the truth go and what made it disappear? Is social media to blame? And what does this mean for us as Experience Designers?

Let’s start with defining the post-truth era. Predicted by Nietzsche and gaining popularity around the 2016 US presidential election, it can be described as an age where people are more likely to accept an argument based on their emotions and beliefs, rather than one based on facts. Knowing what is real and what isn’t is becoming increasingly difficult.

Indeed, propaganda is nothing new and has long been wielded by those in power to manipulate and control people. Yet the rise, or should we say takeover of social media has elevated this to a whole new level. It has not only opened up the doors to people who once did not have the means to communicate (and manipulate) en masse, but also enhanced the reach of those in power. It appears that we have now entered into a digital cold war for influence and persuasion, with fake news and misinformation being the weapon of choice.

In this blog post, I’m going to explore some of the approaches we can use as designers to.. well, uphold the truth; from leveraging AI to designing with transparency, through to combating confirmation bias and considering how the products we design might be exploited.

So, how has the post-truth era impacted the people we design products for?

Where once families sat around the transistor radio to hear the news, people now have an endless stream of information at their fingertips, 24/7. What is real and what is fake is getting murkier—just Google ‘deep fake’—or don’t, it’s kinda scary! Our customers are now facing an increasingly hostile online world, one where they must be on guard against those wishing to exploit their vulnerabilities, and as a result they are fast losing trust. Indeed, fact checking, once the domain of journalists, has now become a necessary evil. This has resulted in companies having to work harder to earn customers trust to overcome increasing skepticism. Authenticity has never been more important.

There is a general sentiment that social media platforms have birthed the post-truth era and with it, the epidemic of fake news. They largely control the flow of information and this of course can be exploited by those who know how to manipulate their algorithms, allowing misinformation to spread at warp speed. Believe it or not, the number of flat earthers are actually increasing and according to a study by Texas Tech University, YouTube is to blame. Tristan Harris, former Google Design Ethicist (described as ‘the closest thing Silicon Valley has to a conscience’ by The Atlantic magazine) believes their business models are largely the cause. They reward what is most engaging and people have an ‘intrinsic bias’ to sensational and divisive words—a key ingredient in fake news. Fake news equals engagement and engagement equals profit.

So how serious is the problem? Well very, particularly where there is a political purpose involved and elections are at stake. There are numerous examples of social media (and its users) being exploited to sway elections across the globe. Not to mention some of the harmful misinformation about COVID-19 that has been circulating on social media prompting the WHO to coin the term ‘infodemic’. Sadly this is also leading to a more divisive and distrustful society.

Yikes! So what are some of the things we can do as designers to help users?

Although it may seem like something that has already got away from us, product companies, along with Experience Designers have an important role to play.

As Experience Designers, we are the voice of the customer. We need to objectively look at how the products and services we design might be exploited and how we can protect customers against those who wish to exploit them. We also have a duty to speak up if we feel customers are being exploited to benefit a company or individual. Let’s start questioning whether ‘getting the customer back’ into the app as much as we can is really the right thing to do.

Designing for transparency is once again a big theme for UX Design in 2020. People’s trust has been eroded and they have become sceptical, perhaps rightly so with the avalanche of misinformation and fake news. Not to mention the myriad of dark patterns that companies use to overtly trick people. Ethical design and creating experiences and interactions that allow customers to be objective and make informed decisions has never been more important.

The comfort of confirmation bias

People’s tendency to seek out information that confirms their beliefs and ignore information that doesn’t, otherwise known as confirmation bias, can be a dangerous thing and there is no better playground for this than social media. We are in a world where outrage and appealing to people’s emotions rather than the facts gets the clicks.

Companies and individuals that seek to exploit a customers confirmation bias for their own needs should not be rewarded. Although Facebook has challenges to address in this space, its Related Articles feature is an example of work being done to mitigate confirmation bias. It works by presenting content from alternative publishers next to controversial stories thereby exposing people to alternative perspectives that the algorithms may normally filter out. As designers we should be objective and aware of confirmation bias, not only in research but also in design. We can’t stop fake news and misinformation, but we can give people the tools they need to identify it.

AI and Machine Learning will be critical in the fight against fake news and now is the time for designers to embrace emerging technologies. Tech companies are racing to develop sophisticated tools to filter and assess content. Twitter has recently introduced labels and warning messages that will help people identify harmful and misleading information relating to COVID-19, while Adobe has partnered with UC Berkeley to develop AI that detects whether images have been altered.

Fighting fake news is not going to be easy and will require a collective effort across industry and government, as well as a rethink in business models that reward bad actors. Governments will need to take an active role in regulating social media to protect people, much like they do in other industries.

At its most basic level, if we want people to trust and connect with the products we create, we must design solutions with integrity and the customer’s needs at the core.