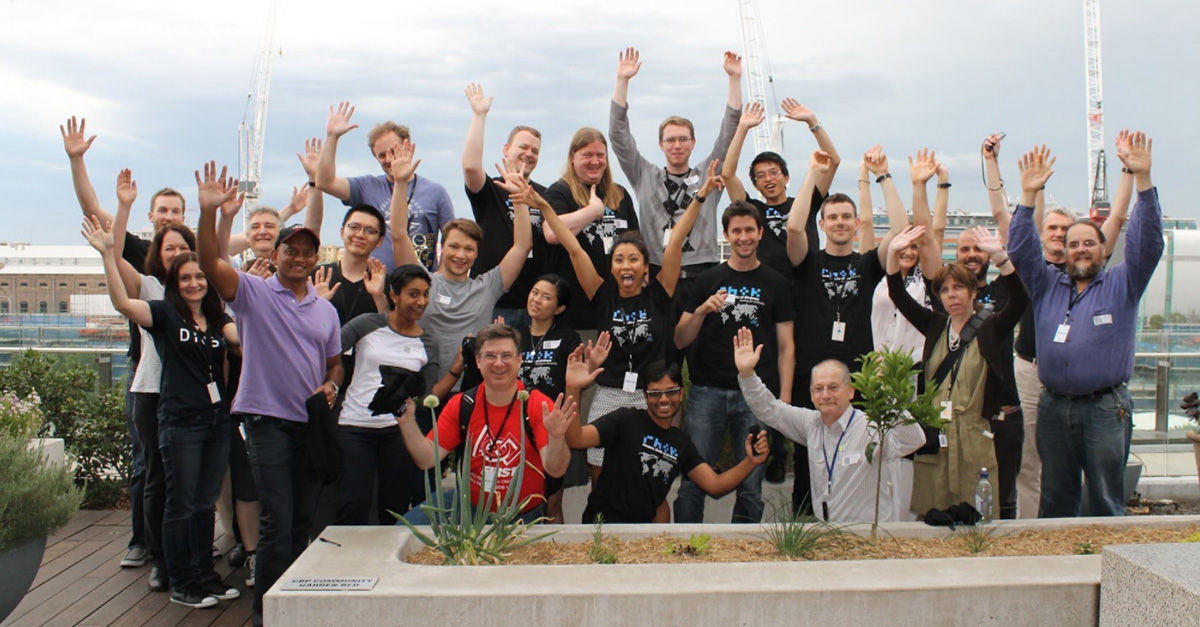 Hacking for humanity: how RHoK volunteers are banding together to address issues bigger than themselves

Last weekend’s Random Hacks of Kindness (RHoK) event in Sydney saw my RHoK hackathon weekend count click over to 5. That’s a lot of pizza and “do-gooding.” Over these last 2 years, I’ve lost count of how many remarkable individuals I’ve met who have become part of this unique community. It takes a certain type of person to consistently decide to dedicate their precious weekends to help solve a community challenge. I am nothing short of inspired by this display of altruism and this is why I continue to volunteer my time to be part of the RHoK Australia Steering Committee and co-lead Sydney with the wonderful Stephen Smithwick.

Still on a high, I wanted to cover what went down at RHoK Sydney on November 28th and 29th: the problems that were worked on and why, what was achieved and who came along to participate.

RHoK is not just another Hackathon

In a nutshell, RHoK Australia is part of a global community of volunteers who ‘hack for good’. We exist to harness the deep and diverse technical and design skills of volunteer individuals (‘hackers’), introducing them to changemakers that have a deep desire to make a difference. Our most unique attribute is that we aim to “finish what we start” by supporting teams as best we can, to ensure a solution is eventually built and ready to take to market.

A picture is worth a thousand words. Or one: “wow”.

RHoK Sydney was fortunate to secure the luxurious CommBank office in Darling Quarter as our venue sponsor. In contrast to the typical hacking environment of nook and cranny seating, exposed industrial pipes and raw brick walls, CommBank provided us with multiple indoor and outdoor spaces, which allowed us to work effectively and enjoyably. Thank you, CommBank.

The basic format of this particular RHoK weekend was: meet and greet, hear from our four changemakers, choose a team with your feet, hack, and then finally wrap up with a 10-minute presentation to our guest judges on the Sunday afternoon.

The judging panel was a powerhouse of technology and business knowledge, made up of highly regarded CIO’s Joseph Edwin and Robyn Elliott. Back for his third judging appearance, Tom Worthington, an esteemed Australia Computing Society educator rounded out the panel. Thank you to the judging panel for their commitment to the weekend.

What we worked on

“Things need to change” is the message often repeated by the 2013 Blue Mountains bushfire survivors who gathered at Wilamalee High school at their bi-annual memorial ceremony.

The Winter 2014 RHoK Sydney weekend saw a team form around a Blue Mountains bushfire survivor – John Donohue. ‘First Stop’ is the product of that team’s vision of a survivor register application,allowing them to share their important details with the post-disaster agencies of their choosing.

Six months on, ‘First Stop’ has developed a prototype that was built upon at the Summer hackathon.

Named a ‘bluebottle’, it is a robot that ‘lives’ at sea in all conditions using the energy on the ocean i.e. the wind, sun and waves to power itself and its sensors.

The specific RHoK project, led by Robert Dane and Ninan Mathew, focussed on making use of the sensor data that is collected by satellite communications. The end goal will be to enable scientists to cross-correlate and ‘ground-truth’ satellite data and supply new previously unavailable data about local weather, currents, air pressure, water temperature and climate change.

FIRST‘s mission is to inspire young people to be science and technology leaders through exciting mentor-based programs in a competition setting. These competitions build science, engineering and technology skills, inspire innovation, and foster well-rounded life capabilities including self-confidence, communication, and leadership.

Led by changemakers Luan and Michael Heimlich, the RHoK and FIRST project will initially focus on Marketing, Communications and Public Relations aspects which will allow them to scale their audience reach more effectively.

Autism spectrum disorder (ASD) is a lifelong developmental disability that affects, among other things, the way an individual relates to his or her environment and their interaction with other people. An estimated 1% of Australians have ASD. The advent of (relatively) cheap touch-enabled technologies and the Internet of Things offers the potential to make the lives of ASD affected people and their families easier, through improved communications and assistive technologies.

The ‘Benjam’ team rallied around changemaker Dan Austin to build an application that allows children with autism (initially his adorable son Ben, 9) to communicate with their carers. The intention is to use off-the-shelf networked mobile devices and have a user expandable vocabulary.

An endearing characteristic of RHoK is that we firmly believe that collaboration trumps competition. So we award the ‘winning’ team a kick-arse trophy which gives them unwritten bragging rights up until the next hackathon, as well as a modest prize for each individual on the team. The exclusion of large cash prizes ensures that individuals are there for the right reason – to contribute their expertise to overcome a community challenge and to eventually deploy a solution for use.

A special mention must go to Krystel Boland who won a new shiny award called the “DiUS Team Hacker Award” for the spirit she showed by distributing her skills across many teams. Well done, Krystel.

The judges were unanimous in their decision. The winners of the RHoK Sydney 2014 Summer Hackathon were BenJam – a brilliantly simple application that helps children with autism communicate with their carers. The team was led by changemaker Dan Austin and included Sol Pandiella-McLeod, Caoilte Dunne, Brad Garland, Sonny Mai and David Bernard.

Blown away by what was achieved in just one and a half days, Dan had the chance to user test the application with his son Ben, a day after the application’s inception. Crazy, I know. You can check out the footage here.

RHoK’s aim is to have project teams moving into the “RHoK and RHoLL” flow. That is, continue to meet up as often as the groups can – generally every 4-6 weeks – to continue on with their chosen projects. To date, RHoK has produced a number of solutions that are being used in the wild – community dashboards for Warrandyte Community and Aurora Community, as well as What’s the Plan. There are a number of projects currently in trial and we are excited to be announcing their launches in due course.

For those who missed out on the RHoK Sydney Summer hackathon, there is still time to join in. You can register at our meetup page and get involved with projects that have already kicked off or join our next big weekend in June/July next year. If you’re interstate, you can attend our other city hackathons in Melbourne or Brisbane this weekend.

RHoK Australia exists through a combination of voluntary staff including a national steering committee, a National community manager and the commercial support of a number of remarkable Australian organisations.

DiUS is in its third year of being a RHoK Regional Partner and over the last 7 months have been joined by like-minded Australian organisations REA Group and MYOB. Going beyond commercial sponsorship, Regional Partners play a large part in driving the direction of RHoK at a strategic and operational level.

Other organisations that contribute to RHoK in various capacities include Envato, Amazon Web Services, Swinburne University, NetEngine and CBA. We are always looking for new supporters and partners, so if you are interested please get in touch.

RHoK cannot create impact without changemakers and hackers. We are always looking for new people to join our already long-standing and thriving community – regardless of skill set or level. You can get in contact with us here, or follow us on twitter @RHoKAustralia, @RHoKSydney, @RHoKBrisbane and @RHoKMelb.