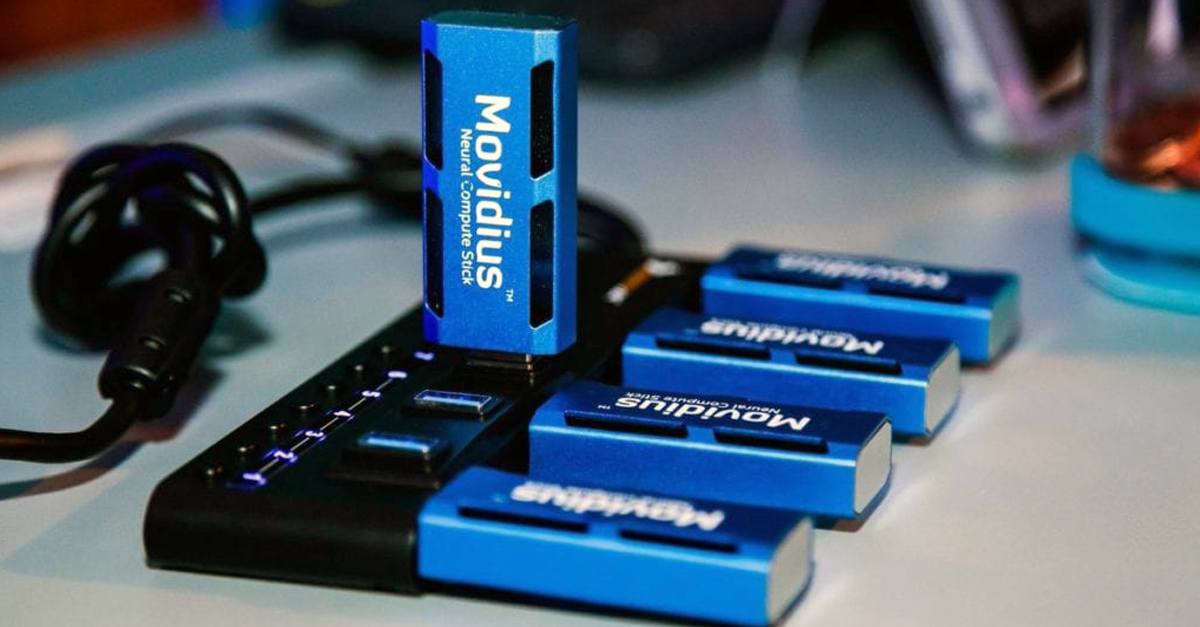 I was given an opportunity to play with Movidius NCS at our recent DiUS hack day. I tried out the various examples that Intel has and I wanted to get my hands dirty, so I decided to implement NCS support into an existing software.

I’ve been playing with Motion open source security camera software for some time now – my weekend adventures with this are well known around the office – and I thought the addition of neural network would greatly improve the motion detection system. There’s also an open source software called MotionEye that provides a user friendly web front-end to configure Motion. The combination of Motion and MotionEye makes it a well rounded security camera software solution, which is perfect as my first target application. Motion was written in C, and fortunately NC SDK provides a C version of the API.

I implemented the neural network (MVNC) based detection as an alternative to the traditional motion detection system. The neural network detection system is designed to run ChuanQi’s MobileNet SSD model which has a good balance between detection speed and accuracy. It supports 20 classes of objects, including persons, cats, dogs, and cars. Users have the ability to choose which classes of objects to detect, and a confidence threshold. A detected object is only considered valid if the detection confidence is above this threshold. I have been testing this for a few weeks and it has been performing well so far. It detects people reliably at a reasonable frame rate and has been running continuously without any hiccup.

If you want to have a play, head to my forked motion’s Movidius branch. The installation instructions are available here.

Just a side note: If you are running this on a Raspberry Pi, you may want to record videos at high frame rate which requires offloading H264 video encoding to the GPU. Follow these steps to enable GPU H264 video encoder (h264_omx).

The models are put through the PASCAL Visual Object Classes Challenge 2007 (VOC2007) test and given a score for accuracy. This test involves putting a set of images through a model and scoring it based on its detection accuracy. Better accuracy gives higher score. The model also outputs a list of bounding boxes for all the detected objects. From the above table, it looks like SSD300 is the most suitable for our application because of good accuracy and high frame rate.

This is the workflow to get a deep neural network onto the Movidius NCS:

For our application, I skipped step one as someone else had already done the hard work of training the model. I downloaded the MobileNet SSD Caffe model, compiled it into a graph, and it was ready to go, very straight forward. Kudos to Intel for making it so simple.

The very first thing we need to do is to initialise the MVNC hardware. The process is quite easy and there are lots of examples on the internet.

Now we are ready to do inference.

The above diagram shows where the MVNC detection was implemented in the main Motion software loop. Inference on the MVNC requires a considerable amount of time, achieving only 5.5 frame per second, so I kept it asynchronous from the main Motion loop to give a real-time impression. The delayed inference output of 180ms is acceptable in this application.

Motion software gets the high resolution raw image from the camera in YUV format, but our MobileNet SSD model expects resolution of 300 x 300 pixel, so we need to scale the image down. Our MobileNet SSD model also expects the image to be in BGR format with -1.0 to 1.0 floating point value for each colour channel, which means we need to do the format conversion as well. Fortunately, ffmpeg library has “sws_scale” function that does both scaling and conversion in one call. After putting the image through “sws_scale”, we end up with a raw image in BGR24 format, which has 0 to 255 value for each colour channel. We can dumped this raw BGR24 image to a file and verify using “gnuplot” that scaling and conversion was done correctly. This is the gnuplot command that I used to view the raw image:

The BGR24 to floating point conversion is straight forward.

Again, I used gnuplot to view the raw image:

2. Queueing an image for inference

To perform an inference, we need to write the image to the input FIFO. Writing to FIFO is a blocking operation where the caller is blocked until there is enough space in the FIFO. For asynchronous inference, we need this to be non-blocking, but it is not implemented yet, so I ended up checking the FIFO level each time before I write. The number of images we maintain in the FIFO is important because it impacts on the inference latency and throughput of the device. Inference latency is the time between writing to FIFO and getting the result. Maintaining more images in the FIFO means a higher throughput, but suffers from higher latency. I did a few tests and decided to only maintain one image in the FIFO. I will explain the reasons behind it later.

Each time we go through the main Motion loop, we look for inference result by checking the output FIFO level. Reading the FIFO is also a blocking call, so we only read the FIFO when the inference result is ready. The length and format of the output depends on the neural network model. Our MobileNet SSD model outputs a list of detected objects with the associated confidence level and bounding box.

After getting the basics to work, I profiled the system and pushed the device to see where the limits are. I used a Raspberry Pi 3B+ with Pi Camera and a single Movidius NCS as my test system. Initially I was only maintaining one image in the input FIFO, which resulted to 5.5 fps throughput running at just under 60°C. I increased this FIFO level to two images and managed to achieve 11 fps throughput. Increasing this FIFO further did not yield any more improvement. Unfortunately, the device was not able to sustain the 11 fps throughput for long as it started thermal throttling at 70°C. The throughput eventually dropped down to 8 fps. This was at 24°C ambient temperature. At higher ambient temperature, it would have throttle further. There is no point in pushing the device too hard, so I decided to go back to my initial one image FIFO set up.

Intel has made AI on embedded systems a reality with this low power low cost Movidius NCS. Integrating neural networks into existing software was quite easy. The only disappointment is that the device thermal throttles whenever it is pushed. Nevertheless, Movidius NCS is still a viable option for running AI at the edge.