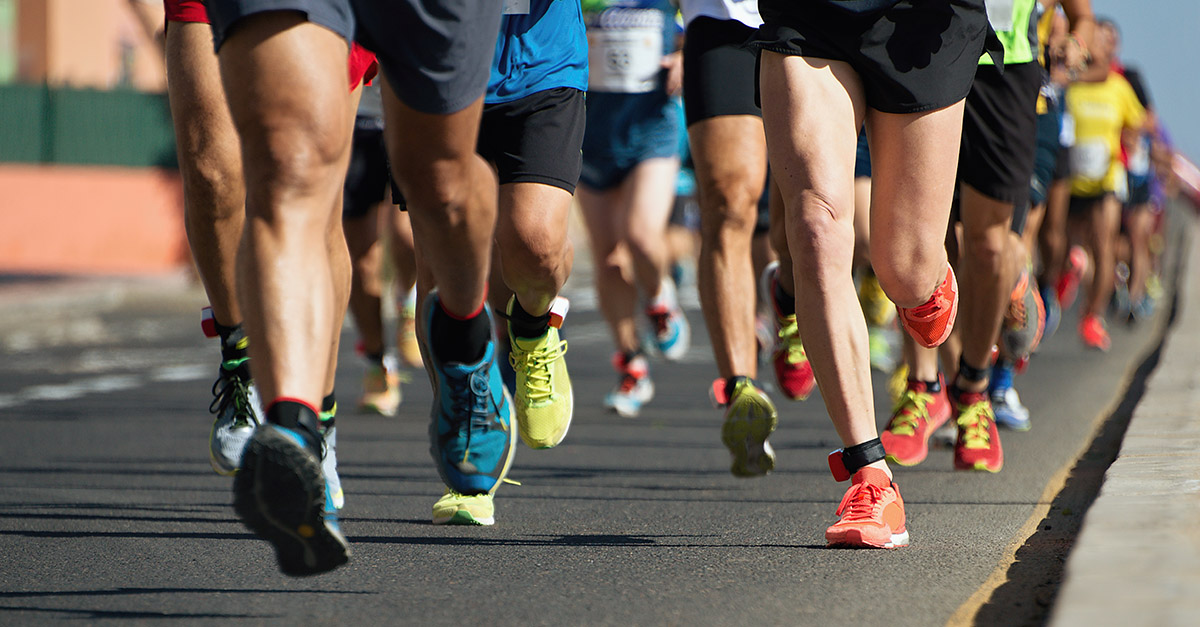 Running from the heart

My name is Elliott Murray and I’m a (soon to be two time) marathon runner.

I wasn’t always this way. Back in 2009, I was lying on the couch on a Saturday night and I got a call from a friend. Spurred by one too many beers at the pub, he’d called to boast that he’d just signed up for the Edinburgh marathon and dared me to do the same. From somewhere deep inside me arose my competitive spirit: it said, if he can run a marathon, I can too.

I’d never been a particularly keen or capable runner, so had to do a couch to marathon in 4 months. My aim was to run 42 km in under 4 hours. And I did. Just. With a whole 27 seconds to spare.

And then I was hooked.

I think moving to Sydney helped. It’s much easier to run in nicer weather and I’ve entered a fair few half-marathons and City2Surfs now. There’s a group of keen and highly competitive runners at DiUS who help to spur me on, and we often do lunch time training together. DiUS has supported us in the Run for Kids and the City2Surf runs over the past few years.

The DiUS team at the Run4Kids race in Melbourne in 2013.

In these modern times of the quantifiable self and Strava, there’s also lot of online competitiveness. I have been known to do a sprint on a Strava segment, just so I can favourably compare to someone else’s time in the office (naming no names, Ricky Yim).

Then I decided to take it to the next level, the ultimate, and sign up for the New York marathon. For those of you who run, you know what it means to run any marathon, let alone the world’s biggest and most popular. But I didn’t want to make this just a personal achievement and tick it off my bucket list, I wanted to do a little bit more, and make a difference for others.  So I decided to raise money for the Heart Foundation.

For the past six months I’ve been fundraising hard. I’m proud to say I’ve nearly reached my fundraising target of $7,500.  I’ve held a trivia night, wine tasting and even started my own run club. I’ve also raised money through a raffle for a really great prize (winner to be drawn on July 31st, good luck all!) and taken donations from all and sundry. I’d sincerely like to thank everyone who has donated, in particular DiUS for its donation of an Apple MacBook and also the Vodafone Foundation. Any further support for this worthy cause is greatly appreciated. I’m funding my trip to New York so all your donations will go directly to the Heart Foundation.

I’ve also been training hard. I’ve done a lot of regular running and half marathons in preparation and tried to avoid getting injured. I’ve been using an evil beep test to monitor my fitness (and that of others in the DiUS Sydney office). I’ve even made some lifestyle changes, giving up my beloved football.

Heading towards the finish line at the recent Bridge Run in Sydney (I’m at the back, in red).

What time am I going for? As anyone who has ever run that far knows, you need to have different level targets – so my high target is to shave a whopping half hour off my time and break 3 hours 30 minutes. But failing that I would like to break my PB or, as with any marathon, to just finish on November 3rd when I run with 45,000 others towards the finish line in New York.