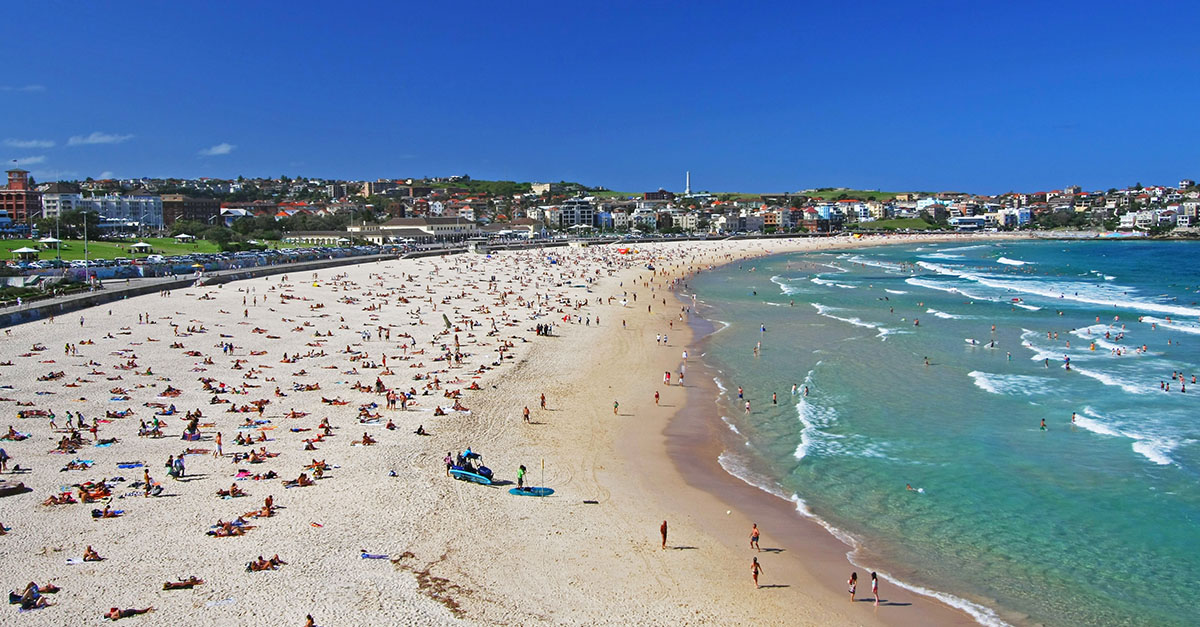 Three months of travelling and exploring Australia inspired Gerd Wittchen and his young family from Germany to pack their bags, move abroad and call Sydney their new home.

After finishing his studies in computer science, Gerd found himself in the midst of the DevOps paradigm. Focusing more on solving development issues as part of the end-to-end development process, Gerd made the natural progression from Systems Admin to Software Engineer.

In Berlin, Gerd was part of a large globally dispersed team. Fortunate enough to have worked with a lot of interesting people, both in Germany and around the world, he found himself thinking about what it would be like to live and work abroad. With their children not yet in school, and both being young professionals in their early 30s, Gerd and his wife Janine decided to challenge their perspective and push themselves outside their comfort zone; deciding to move to Australia and make Sydney their new home.

What made you settle on Australia, and more specifically, Sydney?

During our family holiday to Australia, we discovered a beautiful country with an amazing pacific coast. Ever since that holiday I imagined myself living close to the ocean, and for that reason it made Sydney the perfect place for us to settle. Living and working in Sydney is an incredible and unique experience – a major metropolis so close to the ocean makes it very easy to enjoy weekend getaways.

How did you find the transition?

Professionally it was an very smooth transition because I was use to working in an international development team. Additionally, a week after starting with DiUS I was working on a new client project with a great team!

Personally it was a little more challenging. The move from Germany to Australia proved difficult at times – in relation to the period of notice required – from my employment contract to my apartment lease.  In Germany, everything gets planned almost three to four months in advance, which made it very difficult to find an apartment from abroad. In the end I just accepted that it’s ok to not to be in control all of the time, and it turned out just fine. I also found that moving as a family meant we had to put more consideration into where we wanted to live – somewhere close to a good school and affordable daycare – which made the hunt for an apartment in a city we didn’t know our way around a little tricky.

However, in retrospect, I would say that we had a really good start here in Australia, with an amazing summer and lots of great people helping us get settled.

What are three things that you did not expect in your move to Australia?

What has been your most exciting Australian adventure so far?

We have gone on a lot of weekend trips away to many beautiful places, but I am always most excited about getting the opportunity to surf. Being really close to the ocean and enjoying the endless view on one side and the big city on the other is just AWESOME!

Certainly not sausages 🙂 but I like the fresh fruit and Weet-bix a lot. Besides that, Sydney has a great variety of really good restaurants for every taste.

What drew you to DiUS?

I was working in the automotive industry which typically adopted a waterfall development process. With the rapid pace in which technology changes, I wanted a challenge; I was looking for a company with a mindful development process, where I could continually learn and grow.

What has been the most exciting project that you have worked on so far whilst being at DiUS?

In my first six months I worked with a client to help recreate a responsive and accessible car booking application. The beauty of the solution was the microservice backend, which is run on NodeJS with ES6. Since joining DiUS I have learnt more about Agile development than ever before, along with Javascript, NodeJS, react and AWS cloud deployment. That alone has been really cool, but I am excited that on every project we work with a new tech stack!

Be brave and not afraid of failure – the whole experience is a great way to learn and get international exposure. Approaching new people openly helped me a lot when engaging Australians because they love to have conversation. Be informed about the financial implications depending on your VISA status when moving with a family.

Moving to Australia will be the most rewarding life experience!