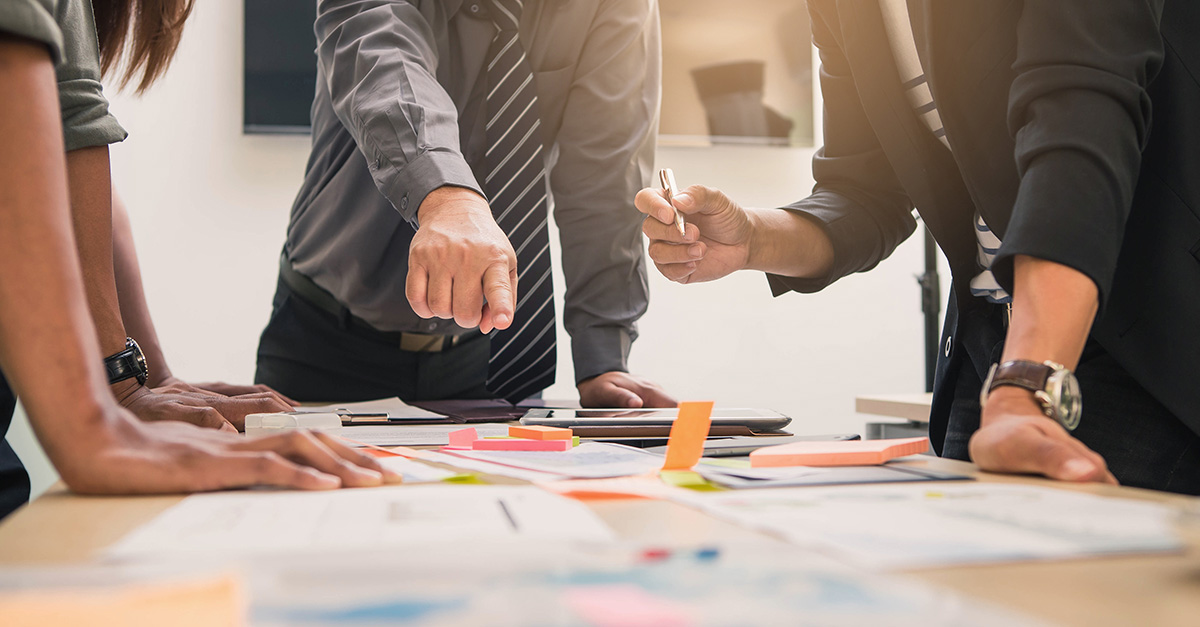 Words have power and the most powerful effects are the ones you don’t notice.

What do I mean? Let me tell you a story …

I recently found this blog post that talks about the Spotify model of DIBB. DIBB stands for Data, Insight, Belief and Bet. It’s a way of talking about the actions your company is taking for future gain. It’s a great blog post but it is only the start of my story.

What really struck me was the use of the word bet. It embraced the fact that a guess was being made. An educated one perhaps, but a guess nonetheless.

I went through the framework with several people and they were all on board until I mentioned the word bet. Suddenly there was concern. “I don’t like the word” was what I heard more than once.

Consider how it might have gone if the word investment was used instead of bet.

The words we choose to use are based on our level of comfort with those words. Our word choice is important because they change our mindset. In essence, the words we use change who we are.

We are all affected by subconscious feelings words invoke in us. For example I have always hated the term scrum master. It manages to do the amazing job of combining two poorly chosen words into a even worse one. Scrum (a certification driven set of rules for agile development / a disorganised crowd of people) and master (he who must be obeyed) combined together become scrum master, a title that suggests a male leader that is responsible for the prescribed agile practice in a team.

I have met lots of good people who wear the scrum master title with pride so I know that this is a viewpoint that most people don’t have. But for me I was concerned about how calling myself a scrum master would affect my view of the role. I felt it would be appealing to my own worst instincts. I would be programming myself to be more directive where what I need to be is less.

This dislike meant I never really took to the idea of performing the role (despite having a real interest in process). My interpretation of scrum master had a very real effect on my mindset and development. Earlier in my career I would have leaned into being a team’s ‘master’ and I am glad that my younger self had the wisdom to understand how we program ourselves and defer that choice. I was able to understand the effect of my self talk.

Self talk is what you say to yourself when you talk to yourself. Everyone does it.

“I will show them”

These are all versions of self talk and are hints about the beliefs and values that drive you. In coaching we try and understand what the limiting beliefs of a client are and then try to substitute different self talk to achieve a more empowering belief.

Your use of certain words over others is a subtle form of self talk.

If I had been telling myself “you are a good scrum master” I believe I would have been programing myself to be more directive because of my meaning of the word.

Going back to the DIBB example when people use investment over bet it’s because they are shielding themselves from the reality that the future is uncertain. Investing is what “smart” people do, the other is a gamble. This is the reason why people talk about investing in the housing market rather than betting on it.

I believe the words mean the same thing – “pay now hoping to earn more value on an uncertain future state.” Does thinking of something as a Bet or an Investment change your opinion of it? Is that change healthy or simply the avoidance of an uncomfortable truth?

The written word has been programming humans for years

How do words affect you?  It can be an emotional reaction, an implicit value judgement or a sense of its aptness. Not everyone views the same word the same way. The meaning of words is slippery and is often based on how other people have used it. You are normally not even aware that these judgments on words have been guiding your behaviours for years.

Below is a list of words that might sometimes be used as synonyms (though they all have a broad range of meaning). Take a minute to look through the list and compare the words –  Do you react to the differently to the word on the right to the word on the left? Why do you think that is?

Whether you use one or the other word is up to you. This is not a question of right or wrong but one of awareness. It is revealing to think about the effect using any of these words has on your mindset.

How did I become comfortable with taking on a scrum master like role? I feel my acceptance of role came again from words and what they mean to me. Quite a bit after I rejected being a scrum master I was introduced to other terms for the same or similar roles  – Iteration Manager, which I found boring and safe and Agile Facilitator which I found to be intriguing.  But it was Agile Coach that really struck a chord (how could you not love the promise of transformation that agile coaching hints at !). With many years of learning behind me I was introduced to the diagram below which points out how your management stance should alter over time.

I saw a resonance with the stances and the various titles of the role might intersect. Maybe ScrumMaster, IM and Agile Facilitator all have their place.

We all have the words we prefer. The way we phrase our thoughts lets us make sense of the complex, overwhelming world we inhabit. There is a cost however to leaning into a word that shields us from a truth. Do you tell yourself that you’re being assertive rather than aggressive, that you make assumptions not guesses. We have a responsibility to delve deeper into our word choices because they affect the decisions we make, our beliefs, our values, and ultimately who we are and what we stand for.