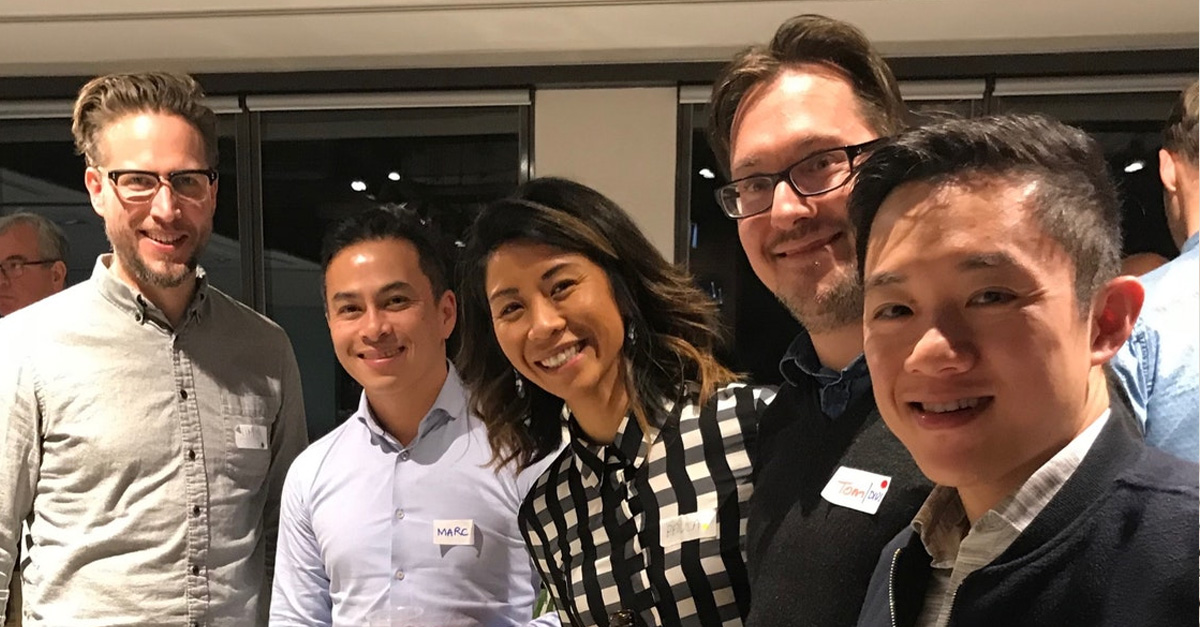 The global Strategyzer community is well established and started with Alexander Osterwalder and his two international bestsellers “Business Model Generation” and “Value Proposition Design”. Alex then co-founded Strategyzer to provide tools and content for strategic management, entrepreneurship, and innovation. Two of his most famous tools are the Business Model Canvas and Value Proposition Canvas.

Although the global scene around Strategyzer is considerable, the community is still in its infancy locally. At DiUS we find tools like this so useful when it comes to helping organisations ensure they are solving the right problem. As a company built on the philosophies of lean and agile delivery, we’ve worked in this way since day one, so we’re thrilled to be a part of growing this community based around the latest ways of working.

Melbourne and Sydney are very much focussed on becoming super clusters for our startups and they’re doing a really good job. But how do we create super clusters of innovation for corporates?

Penny: How did you get started with Strategyzer and the BMC tools?

Nick: I was a Project Manager focused on delivering to a plan rather than delivering benefits.

The tools we were using from a delivery method were just the wrong tools because they were all about managing cost and timelines and schedules. None of them had an external lens on who we were doing things for. That got me asking – Who are we doing this for? Is it ourselves or is it our customers?

I came across the BMC both from Alex, and there was another one called the Lean Canvas from Ash Maurya and I started playing around with this idea of a visual canvas a visual tool.

Penny: So you started doing your own version organically?

Nick: Very much my own version organically. And then I effectively started using the canvas. I didn’t buy the books, I thought it looked pretty straightforward.

I started using the tools to have a conversation with leaders around what our customer segments were, what channels we would use to reach them and the types of relationships we had to build with customers. They would say, “no that’s marketing’s job” or “that’s for customer experience to do”.

That was a big learning curve for me. Then I found Alex’s videos online and I was hooked. He’s very charismatic. I looked at every possible video I could find and everything on the blog about business model canvas and that’s pretty much how I learnt for the first 12 – 18 months.

Penny: Have you read the book now?

Nick: Yes I’ve read the book, I bought both the books very early on but to be honest I found it hard to translate the learnings. There’s so much content in those books, they’re so rich and visual that I had to read the books multiple times. I’m very much a practitioner so I like to live and breathe and practice what I teach.

The only way I learnt these skills was by doing, I started running presentations and helping teams, and that taught me a lot about what I didn’t know.

Penny: Can you give me examples of working in situations without these tools or where there is no culture around this compared to when you have been able to use them?

Nick: Well examples of where this is not done is easy. Because nearly everywhere I’ve worked it hasn’t been done – which kind of led to my burn out and me leaving my job.

Before I left I had all this energy and drive and my view was if I just work hard I will be able to push against the internal system. And when I left that world I realised… Well actually, how much of what I did actually made a difference? I think it was very little. Sure things got done and things were delivered faster but actually very little changed in the system.

So I took a break and worked with a few friends in the start-up space for a bit of fun. That was the first big moment of realisation for me. I realised that I thought the world operated a certain way – and that was through the eyes of large corporates. I’d been there for too long. My friends in startups were laughing at some of the suggestions I was making. And I realised I was corporate brainwashed. I was one of those people. I was so surprised.

So they were effectively stress testing some of my ideas via their startup lens. By the way, these people were not using business model canvas or any of these tools they were just operating this way out of necessity.

That’s when I started doing more research and I came across Lean Launchpad which is a program run by Steve Blank, and I decided to go to the US and figure out what this stuff was all about. I went there aspirationally and went to the course for about a week and I met some people who were from Australia of all places.

This was around 2013/2014 and at this time this  kind of thinking was only for startups, no corporates were thinking this way. I was used to working on big projects and with big budgets so I started wondering if this would work in the corporate world.

Australian organisations are very risk averse and very conservative and there is this misconception that all this stuff is risky and dangerous. You need processes, you need things in place around execution. But there are things you need to explore and you need a different culture around risk to do that because most of those things that you’re exploring, you’re probably going to be wrong about anyway.

So the BMC gives them a new toolbox but you also need a new mindset. Businesses need to take the approach that this is a capability they are building, they need to provide the tools and develop the skills and the mindset for their people.

Penny: One of the comments at the recent Strategyzer Melbourne meetup was that the number of businesses open to using these tools currently is very small. How small is it and where do you see things now compared to where you see things heading?

Penny: So would you say no one is using it properly?

Nick: I actually think a lot of businesses don’t know how to go from using it in a really small way and experimenting with it to expanding it to something many more people in the business use.

Once you try to this fit into an existing system there is no simple answer. Where companies are using it right now is in incubators and accelerators and innovation labs. Telstra are doing it or NAB are doing it and most businesses are looking at other businesses and following their approach.

Penny: Currently a lot of organisations are taking software development or start up practices beyond their tech teams. Do these tools fit in with that trend?

Nick: Yes, so software delivery teams are used to working in this way and these tools would be very natural for them to use but outside of technology, in other parts of the business, they know that they need to be agile but how do you combine the technology teams that do agile with the business teams. There’s only so much change that the tech teams can actually make because they are stuck in the delivery wheel. Their job is to create software. Sure they might prioritise features or user stories but they have directives from the business units.

The tech teams are not empowered to ask how to partner with the other parts of the organisation. Certain organisations are creating full cross functional teams that are all agile – like the Spotify or the Netflix model but it’s new.

Penny: From your travels to the US how would you compare the way they are adopting these tools to the local scene?

Nick: We’re doing a really great job of adopting these tools but I don’t think we are talking about it enough. People are sharing more of their stories good and bad – the Americans are much more willing to share.

In the startup community they share and connect but within the corporate world it’s not like that. Unless they are speaking at a conference once a year.

Penny: Do you have any thoughts on what you think Australia should be doing to become more innovative generally?

Nick: I think we are very innovative in terms of science and inventions and things that happen at CSIRO for example. We rank well on the global stage when it comes to the invention side of innovation but we haven’t demonstrated well enough how to translate those ideas into real commercial businesses.

When I was in the US there was a lot of talk about ecosystems and what is an ecosystem. Ultimately in America there is a big venture backed cluster of innovation which is Silicon Valley, investment, capital and talent – everyone goes there. But if you go to other places in the US you won’t see that.

Is Strategyzer going to play a big part in turning Melbourne and Sydney into super clusters of corporate innovation? Who knows, but the next Strategyzer meetup will be held at DiUS in September. If you would like to join us, tickets are here.