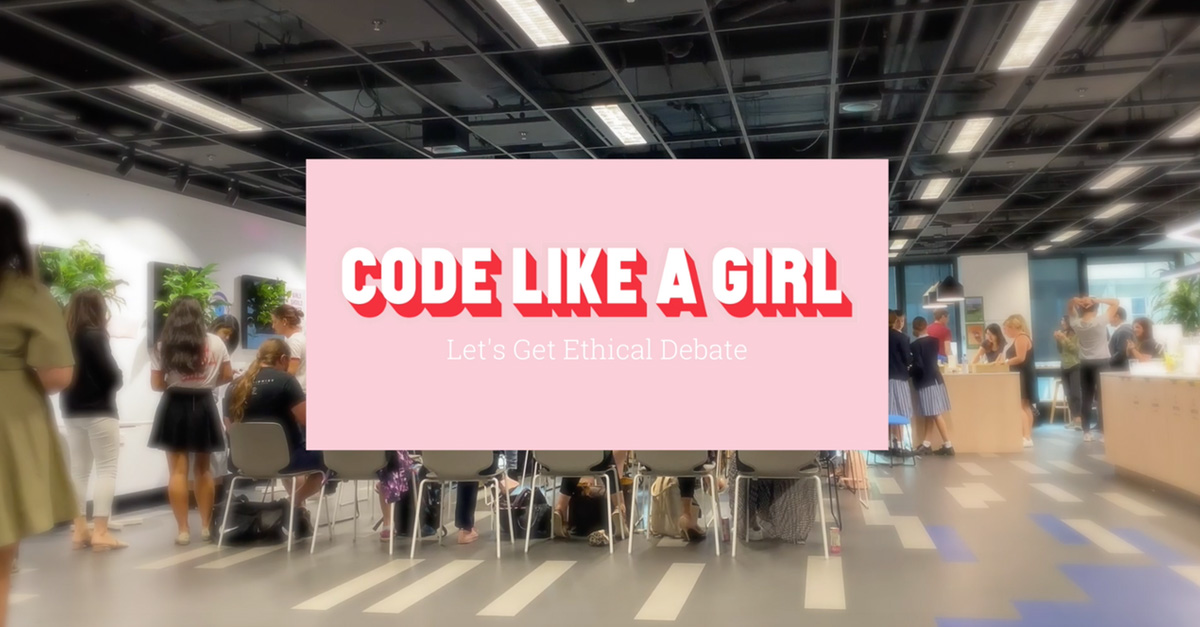 At DiUS, we’re passionate about promoting diversity and inclusion to encourage more women and girls to choose a career in tech. So, when Ally Watson, founder and CEO of Code Like a Girl asked us to become a partner in 2015, we jumped at the chance. Five years on, we’re still a proud partner and gold sponsor of Code Like a Girl.

Last month, we were given an opportunity to participate in Code Like a Girl’s debate in Sydney – Let’s Get Ethical. The event saw some of Australia’s top women in tech take the stage for a good old-fashioned debate, offering a holistic and balanced view on all things #ethicaltech.

Three topics presented, with both sides of the argument explored. They were:

Six speakers took the stage, each to debate one of the three topics. Who explored what side of the argument – whether it be the affirmative or negative and regardless of view – was decided on the night with a coin toss.

Our very own Sadia Mir, Principal XD Consultant and Digital Strategist took the stage to debate whether the benefits of modern technology outweigh any concerns about the way our data is being collected, used and shared. Prepared for both sides of the argument, it was decided she would explore the affirmative side.

So, does Sadia believe the benefits of technology outweigh the privacy concerns? As we were unable to film the event, we caught up with Sadia afterwards to find out.