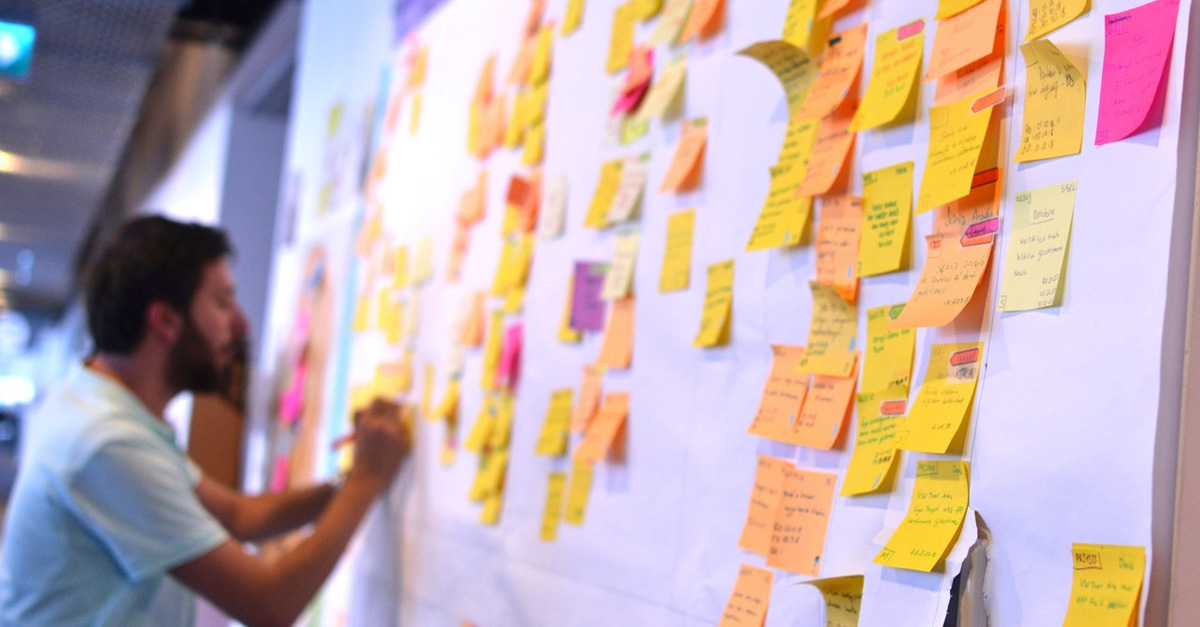 Like most, my working life has seen me play different roles for a number of companies. My time consulting has added even more variety into that mix. Over that time, I’ve observed some organisations thrive when unexpected events impact them or their market. Conversely, I’ve seen a lot of organisations struggle with even small surprises.

COVID-19 has brought this disparity in organisational resilience into stark relief. It seemed a good time to share my thoughts on what helps organisations and teams, engaged in digital product delivery detect, react and respond to changing environments.

Clear and open lines of communication

You’ll note in the introduction the phrase “detect, react and respond”. The ability to detect disruption or uncertainty is pretty standard for most organisations, but what varies is the amount of early warning and the amount of information that can be collected.

Early detection of a disruptive event allows an organisation to have maximum time to assess the extent of the disruption, determine the urgency with which they should respond and plan and communicate their response.

However, there is no use in detecting an event, evaluating it and determining a course of action, if you are then not able to marshall and co-ordinate your response. You need established channels of communication with your team, the rest of the organisation and potentially your customers to ensure that any plan isn’t lost, corrupted or misinterpreted.

It’s also certain your initial plan won’t be perfect (that’s where culture comes in, see more on this below), so you need responsive and accurate two-way communication to be able to quickly find that out, adapt your plan and set the new directions.

Any fan of Lean thinking already knows the importance of waste minimisation. But an often overlooked benefit of a Lean approach is when outside forces cause you to have to significantly pivot your product or even stall it in the market. Firstly, already having a small inventory of incomplete work ensures that any loss is minimal in the event of major pivots or halts in production. And secondly, there are a few other Lean thinking measures and metrics you can use to determine the efficiency of your production.

“Takt” time measures the distance between starting production on one item and the next. This is obviously very applicable to traditional manufacturing but can be employed in technology delivery with some adaptation.

Work in progress vs complete

This goes beyond simply tracking work in progress (WIP) each sprint. It’s important that you have a good, complete and robust definition of done, and worth considering if your definition of done is “done” or “done done”. Is it in production, being actively used, generating value, or is it simply through QA (or worse dev-complete)? Ideally you’re delivering to production multiple times a day, but often larger changes or feature sets take time to truly get to market. A log of what’s in play vs what’s deployed vs what’s actually being used is a useful way to track the amount of pending work you have, and therefore the likely amount of waste you might have should you need to significantly pivot.

Finally, lead time is critical. Lead time is sometimes measured as the total time it takes a given task to progress from the beginning of the workflow to its end. In software delivery this is often tracked as the time from when a feature enters a backog to when it’s delivered into production. A more pertinent and insightful measure should really be from the moment an idea is generated to the moment it reaches customers’ hands and is generating value. This is not only a useful measure to determine the likely ability to react to an unexpected event, but can help highlight where you are actually following “Scrumfall”. A Scrumfall process is best described as essentially a waterfall process but with “Agile” ceremonies. Distinct design, delivery, testing and release phases with hand offs between them. That sort of process is not only inefficient and cumbersome, but usually overemphasises the bottlenecks within delivery and squeezes time for adequate QA and development hygiene. Often this is a sign the real delays might be upstream or downstream from the software development process.

Constraints, bottlenecks and dependencies are inevitable in product delivery. There may be interaction required with other teams, departments, suppliers or partners that are part of your production.

Most projects track dependencies on some sort of risk registry, but typically these stop at project boundaries or inter-team interactions. It’s worth noting them, but it’s also worth exploring what other dependencies exist that are outside of your control and how they can be mitigated. It can be a little bit of a rabbit hole, so it’s important to ensure you are only tracking things that are avoidable.

With each dependency, track a few things:

That last one is the thing most people don’t take time to look at, and similar to the “cost of delay” is a measure that can really tip the balance in your decision to mitigate or remove that dependency.

We’ve all had chance encounters at the coffee machine or in the lift that have revealed some sort of insight that was substantial. We tend to place emphasis on the power of face-to-face interactions giving us the space and opportunity to allow these insights to come to light. And whilst face-to-face interactions are an incredibly rewarding and valuable part of our human existence, anything that happens by chance is inherently dangerous in the business world.

So next time that happens to you, rather than celebrate the fact that you uncovered a piece of valuable intel, instead explore why it took that chance encounter for that to happen. Why isn’t that just part of the information that is radiated out? What forums should that information have been in and why wasn’t in there? Was that information available but you missed it?

Once you’ve established the initial reason why information surfaced the way it did, it’s then important to do a few more things. Start with a true root cause analysis (again the “5 Whys” from the Toyota Lean system is useful here). Then look at what would have been the impact had it not surfaced when it did or not surfaced at all? What measures can you put in place now to make sure that it doesn’t rely on chance in the future?

Any product delivery is consistently reviewed for risks and dependencies that would impact delivery. For example, that you are consciously looking at your delivery process for flexibility and adaptability. That you have plans in place to respond to changes in the environment your product is delivered within and the process and team that it delivers. Planning is crucial but you don’t want to have to enact these plans at pace and pressure for the first time in the event of a disruption. As such, it’s important to practice these measures to ensure your team is familiar with them and that the alternatives you have in place are viable and sustainable.

Game days are simple ways to test the resilience of your system architecture and similar techniques can be used across the board to test your entire delivery process. Critically examine your product, it’s market, your customers and your workforce. List all the factors that are possible to present disruptions. Rate the likelihood of each occurring and rate the impact it’ll have. Take the high impact ones first. Have a plan to cover each circumstance ready to go. Don’t wait for things to fail before you see if your plan works.

However it’s important to recognise that any plan will have holes in it. That’s an uncomfortable truth for many of us, especially those whose job is essentially a planning one. And regardless of that, any plan will be difficult to adhere to 100%. As Mike Tyson so eloquently put it “everyone has a plan until they get punched in the mouth”.

This is where your team’s culture will come into play. A team that is ready to work together, to have each others’ back, to dig in, will cope with a plan that isn’t perfect. If your culture is driven around the values of teamwork, knowledge sharing, and helping others grow, they will find a way to adapt your plan to achieve the desired outcomes, often producing better ways of working as a result.  A team that doesn’t behave like that will probably be unable to cope even if your plan is perfect, as the pressure and stress of disruption will heighten tensions.

If it was easy, you’d be doing it already

Like most things in life, it’s not as simple or cut and dried as simply focussing on the above. There are clearly other factors that will help or hinder organisations in their attempts to cope with disruptions such as architectural flexibility, scalability, capital reserves, partner relationships and employee skills and capability.

However I feel like the above are often the most overlooked, but simplest to address, factors. These are the factors that can be enhanced and built upon in incremental steps, they do not require any sort of big bang cutover or substantial investment to achieve. Conversely they are factors that when left unattended will limit the organisation a lot more than an inflexible legacy tech stack will.

You’ve no doubt heard the expression “never let a crisis go to waste”. But the reality is that when crisis strikes it’s often a matter of getting out of it rather than learning from it for most of us. So I’d suggest instead you lean in the next time there is a small hiccup. Don’t blow it out of all proportion but deal with it with more care and attention than you normally would. Trial some of the techniques above, or other techniques you know of, and get to grips with them. This will help you identify some of the factors of your organisation and its culture and how it might best learn from adversity. Use that as an opportunity to help you pre-empt and ride through the next hiccup a little better than last time.

If you can develop and nurture that learning culture, you’ll be well on your way to preparing yourself to be in a much better position when that next crisis does arrive.